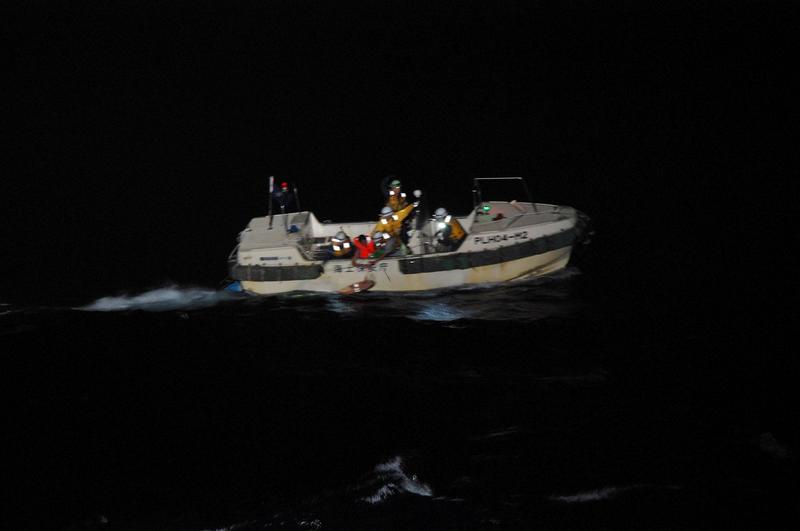 One crewmember on the 2002-built livestock carrier Gulf Livestock 1 has been rescued by the Japan Coast Guard. Sareno Edvarodo, a 45-year-old chief officer from the Philippines, is the sole crewmember to have been found alive following the Panamanian-flagged ship’s sinking in the early hours of Wednesday morning off southern Japan. Another 42 crew are missing as are 5,867 cattle.

Edvarodo, plucked from the sea after more than 24 hours in the East China Sea, related that the ship had encountered bad weather caused by Typhoon Maysak. Its engine failed and then a freak wave battered the converted former boxship and it capsized.

When the ship capsized, crew were instructed to put on lifejackets.

Edvarodo said he jumped into the water and did not see any other crew before he was rescued.

The vessel – which was en route from New Zealand to China – is owned by UAE shipowner Gulf Navigation and prior to conversion in 2012 was a 630 teu boxship.

New Zealand’s Ministry for Primary Industries (MPI) has temporarily suspended consideration of cattle livestock export applications in the wake of the accident.