Relief As Rhine Water Rises In Germany, But Expected To Drop Again 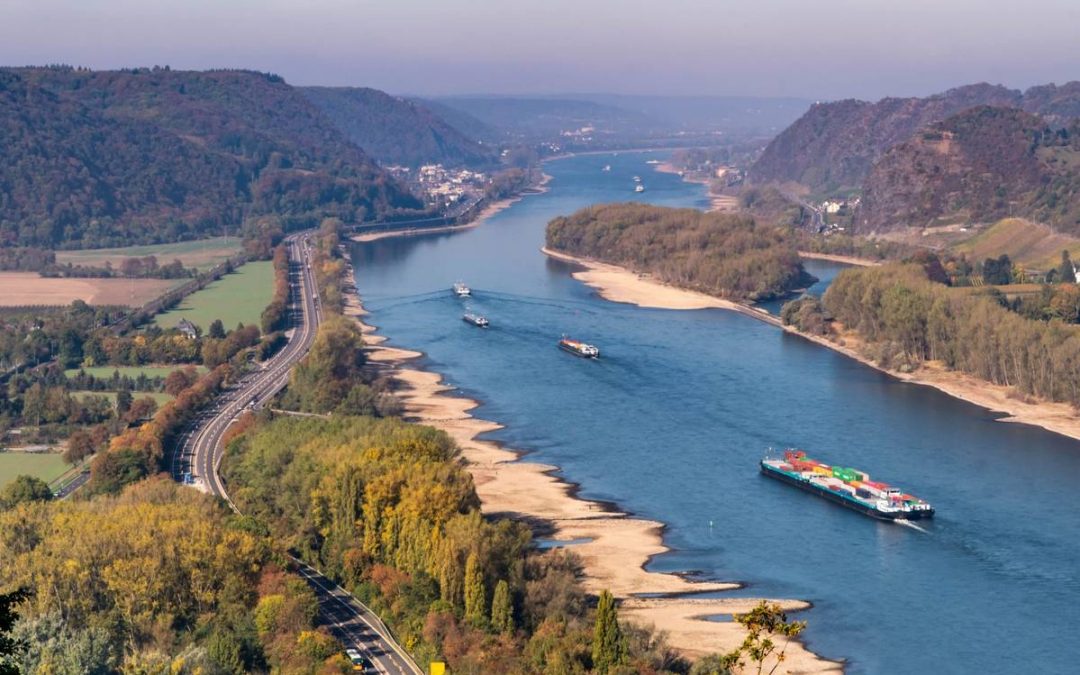 Water levels on the river Rhine in Germany have risen after recent rain but are expected to fall again with mostly dry weather forecast in coming days, ship operators said on Wednesday.

Weeks of high temperatures and scant rainfall drained water levels in the river, a major German commercial transport artery, causing delays to shipping and pushing freight costs up. The disruption could knock half a percentage point off economic growth in Germany this year.

Shallow water compelled some freight vessels to sail only about 25% full in August, increasing costs for cargo owners who needed more vessels to get supplies delivered.

The reference water level at the chokepoint of Kaub WL-KAUB near Koblenz was at 1.20 metres (1.31 yards)on Wednesday against only 32 centimetres on Friday. Vessels need about 1.5 metres of Kaub reference waterline to sail fully loaded.

But with largely dry weather forecast in the next week, water levels are expected to drop sharply again, said Roberto Spranzi, director of the DTG shipping cooperative which operates about 100 cargo vessels on the Rhine.

“We ship operators are breathing a sigh of relief but only temporarily,” Spranzi said. “If you load a ship in Rotterdam with coal now you have to calculate what the Kaub level will be in three to four days when the vessel arrives there and we are expecting a sharp fall in Kaub again next week.”

“We need lasting increases in water levels to operate normally.”

The Rhine is an important shipping route for commodities including grains, minerals, coal and oil products including heating oil.

Oil major Shell on Thursday said it had to cut output at its German Rhineland refinery, which makes fuels, heating oil and petrochemicals, following transport disruption from low Rhine levels.