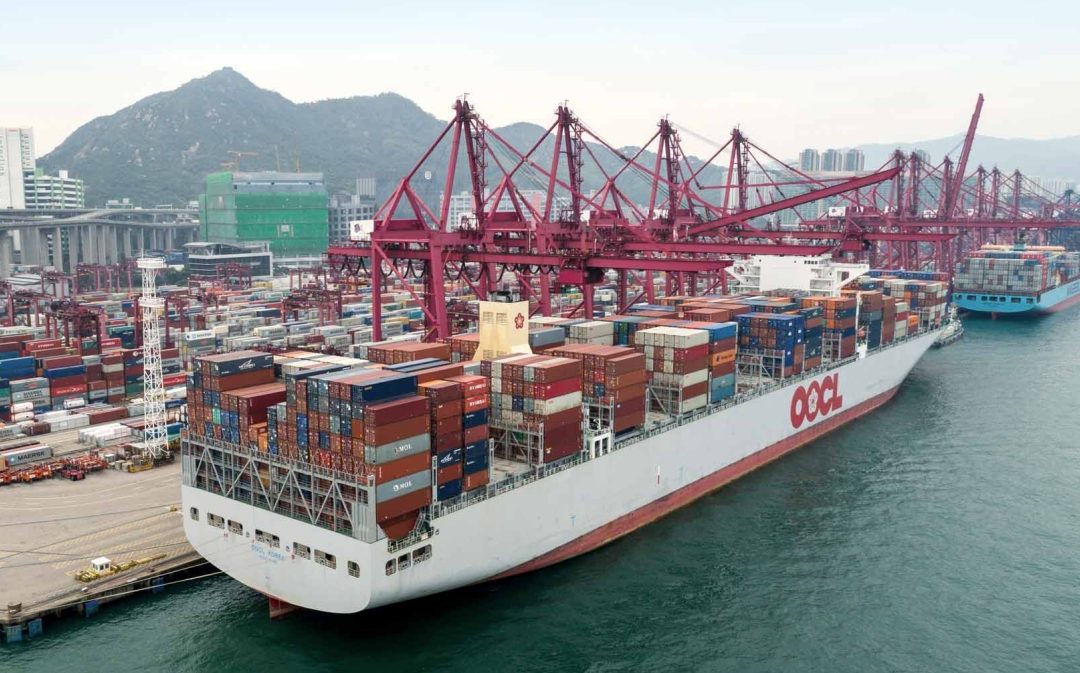 In tanker and dry bulk shipping, the rate is the rate. It’s whatever the market says it is. It can be below zero (net of costs). It can be six figures per day. No government can intervene. This is definitely not the case in container shipping.

In the aftermath of that sit-down, concerns have been raised about carriers’ ability to implement general rate increases (GRIs) and “blank” (cancel) sailings while averting future government backlash.

“The meeting in Shanghai was not something anybody was expecting,” said Alan Murphy, CEO of Sea-Intelligence, in an interview with FreightWaves. “A lot of people had plans for the weekend that got canceled. Nobody was ready for that.

The weekly Drewry assessment that came out Thursday estimated the Shanghai-to-Los Angeles rate at $3,922 per FEU. The weekly Shanghai Containerized Freight Index (SCFI) was at $3,867 per FEU as of Friday — another record.

Steve Ferreira, founder of Ocean Audit, told FreightWaves that transport costs including premium or guaranteed slot fees are considerably higher. “The West Coast rack rate of $4,000 [per FEU] can go as high as $5,500,” he said. “It’s the premium fees on top of the $4,000 that are throwing fits into the BCOs’ [beneficial cargo owners’] budgets.”

Using data from Xenata, he found that the difference between spot rates and the average long-term contract rate of $1,521 has jumped to a record $2,500 per FEU.

“Never before have we seen a gap this wide between spot freight rates and long-term contract rates on the Trans-Pacific trade lane,” said Sand.

“Now, more than ever, it is the carriers’ market. The coming weeks are likely to see higher long-term freight rates when contracts are up for negotiation and renewal,” Sand said.

Will pressure from the Chinese government cause liners to pull back on their barrage of GRIs, starting with the GRI implemented Tuesday? And will carriers reinstate blank sailings related to the Chinese Golden Week holiday?

Taiwan’s Evergreen withdrew its GRI on Tuesday. According to Ferreira, “As for COSCO, while they did not [yet] withdraw their U.S. publication of the GRI, [almost all] of their cargo is under service contracts, and they are able to uniformly exclude any quantum of the GRI from the service contract if they see fit, without filing it with the FMC [Federal Maritime Commission]. The same applies for all carriers. Evergreen just made it simple and cleaner admin-wise by saying they are withdrawing the GRI.”

In a market report, freight forwarder Flexport predicted that carriers would provide $100-$200 per FEU in “GRI mitigation before the end of the week” to lessen the cost of Tuesday’s $400-$600 per FEU GRI.

According to the analyst team at Fearnleys, “The meeting [in China] included inquiries about the pandemic, blank sailings and pricing mechanisms of the China-U.S. spot rates. Some also said that the authorities had asked the carriers to halt the GRIs for Sept. 15 and reinstate planned [Golden Week] blank sailings, however, according to one executive attending the meeting, no such explicit request was made.”

The Chinese Golden Week holiday is Oct. 1-7. As they do every year, carriers blanked sailings to match capacity with the holiday-impaired exports.

“This is based on the outlook for blank sailings prior to any potential impact of the discussions the carriers have with Chinese regulatory authorities,” commented Lars Jensen, CEO of SeaIntelligence Consulting. “If this [meeting] leads to a curbing of blank sailings, the year-on-year capacity injection, especially in the trans-Pacific, will be highly significant.”

However, a Maersk spokesperson confirmed to FreightWaves late Friday that Maersk’s previously announced blank sailings for Golden Week will remain in place.

The big-picture question is how regulatory intervention — or merely the threat of intervention — could change carrier capacity-management behavior going forward.

“It is clearly negative for the carrier industry if China starts interfering in the pricing mechanism for containerized cargo,” said Fearnleys.

And it’s not just the Chinese regulators. In a statement on a closed-door meeting held Wednesday, the FMC warned, “If there is any indication of carrier behavior that might violate … the Shipping Act, the Commission … if necessary … will go to federal court to seek an injunction to enjoin further operation of the non-compliant alliance agreement.”

“The consideration of interventions shows just how extreme the last few months have been,” said Eytan Buchman, chief marketing officer of Freightos. “Whatever the outcome [of regulatory deliberations] … the threat of intervention will likely serve as a warning to carriers moving forward to use their [capacity] controls wisely.”

In the second quarter, carriers booked big profits by blanking sailings in response to coronavirus-reduced imports. (Carriers ultimately took out too much capacity, but they claim it was unintentional.)

Carriers reinstated all of the trans-Pacific capacity in the third quarter and added even more, albeit not enough to satiate U.S. importers.

But pressure on consumer demand from unemployment could once again lower cargo demand in the months ahead. Analysts warned of trouble brewing following Wednesday’s Commerce Department release of August retail sales numbers, which showed a slowdown in momentum. That could lead to more tactical blank sailings in the future.

The next wave of blank sailings

Murphy of Sea-Intelligence explained to FreightWaves, “There have been two unprecedented situations this year. One is the coronavirus. The other is that the carriers managed to keep rates up.

“We had assumed rates would crash, because it happened every time in the past. If there were three things you could be sure of it was death, taxes and carriers will crash the market as soon as the volumes start tanking.

“There are two reasons they haven’t. Number one, consolidation. There are fewer carriers around the table. Number two is that it’s technically possible to institute tactical capacity cuts much faster than you could 10 years ago or even five years ago. Now you can blank a sailing with one week’s notice.

“I just don’t believe the carriers can stop blank sailings,” said Murphy. “I think if the Chinese were to set up some very stringent rules [on blank sailings], the carriers would need to find a way to formally meet the requirements, but practically not. To follow the letter of the rules but not necessarily the intent. That’s what I think. Because you’re talking about taking away the only thing that has really worked for the carriers in the last 10 years.”