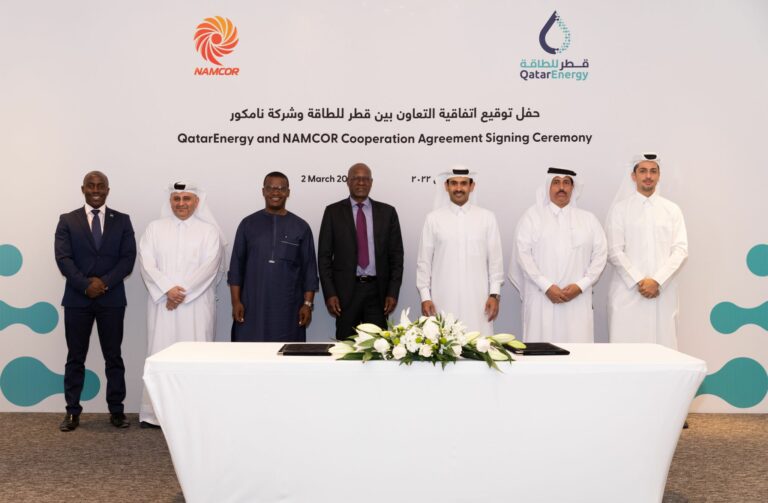 Qatari oil and gas giant QatarEnergy has signed a cooperation agreement with Namibia’s NAMCOR Exploration and Production on the heels of two recent oil discoveries in the country where both companies hold interests.

NAMCOR E&P is a subsidiary of the National Petroleum Corporation of Namibia (NAMCOR). The agreement provides the framework for cooperation between the two companies to support and develop a sustainable upstream oil and gas sector in Namibia. This also includes the provision of opportunities for the training and development of NAMCOR employees in industry-based skills, QatarEnergy informed on Wednesday.

Both companies are partners in recent oil discoveries made in Namibia’s waters, first by Shell and later by TotalEnergies.

Shell’s Graff-1 well is located in Block 2913A in the Orange Basinwhere Shell is the operator and its partners are QatarEnergy and NAMCOR. QatarEnergy became Shell’s partner in two exploration blocks offshore Namibia, Block 2913A and Block 2914B, in April 2021.

TotalEnergies’ Venus-1X well is located in Block 2913B and it covers approximately 8,215 km² in deep offshore Namibia. TotalEnergies is the operator with a 40 per cent working interest, alongside QatarEnergy (30 per cent), Impact Oil and Gas (20 per cent), and NAMCOR (10 per cent).

Saad Sherida Al-Kaabi, the Minister of State for Energy Affairs, the President & CEO of QatarEnergy and Tom Alweendo, Namibia’s Minister of Mines and Energy witnessed the signing event, which took place in Doha. The agreement was signed by Immanuel Mulunga, the Managing Director of NAMCOR and Khalid Mohammed Al-Hitmi, the Executive Vice President – Subsurface Development & Exploration of QatarEnergy.

Under the agreement, the two companies also agreed to work together on investment opportunities of mutual interest in Namibia’s upstream oil and gas sector.