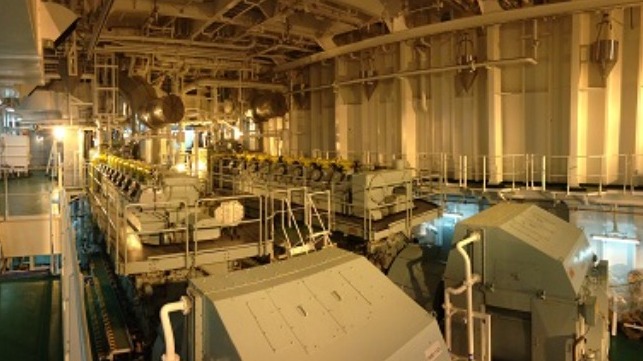 Two projects underway in South Korea are each seeking to develop Solid Oxide Fuel Cell (SOFC) technology to be used to replace the current diesel generators used on large ships to supply electrical power. The goal is to replace the generators that use traditional fuels to lower emissions and also the projects believe they can also enhance the ship’s operations.

Both of the projects are focusing on tankers in their designs as the proving ground for their designs. Daewoo Shipbuilding & Marine Engineering Co. (DSME) is working with ABS on a joint development project seeking to use SOFC technology to replace at least one of three diesel generators typically onboard a Very Large Crude Carrier (VLCC). At the same time, Hyundai Heavy Industries’ Korea Shipbuilding & Offshore Engineering (KSOE), is working with DNV to design a pilot project for Aframax tankers.

“SOFC systems have significant potential for applications in maritime transport and we are excited to be able to support this project, which will advance the industry’s understanding of their possibilities,” said ABS Darren Leskoski, Regional Vice President North Pacific of Business Development.

The current effort builds on a 2019 project in which ABS and DSME revealed the high efficiency of a SOFC and gas turbine hybrid system due to the re-use of hot exhaust off-gas. In this new project, DSME will conduct a study exploring load requirements, emission control zone, stack characterization, and system footprint prediction for a particular class of VLCC as well as simulation of process flow and arrangement of the system on the vessel and risk analysis. ABS will review the findings and evaluate safety issues arising from the arrangement of the system for existing structures and equipment of the vessel. The goal is to obtain ABS approval for the design.

“This JDP will contribute to gain knowledge on safe use and accommodation of a fuel cell system with constraints of space on the ocean-going vessels, benefitting maritime sectors seeking green technology for electricity and propulsion,” said Il Guk Woo Vice president of Naval and Energy System Research and Development Institute, DSME.

Their research showed that when the newly developed SOFC generation system replaces the current internal combustion engine, it can boost power generation efficiency by 43 percent. In addition, KSOE reports that it can increased space utilization by about 12 percent through an integrated design and onboard layout of the fuel cell power generation system.