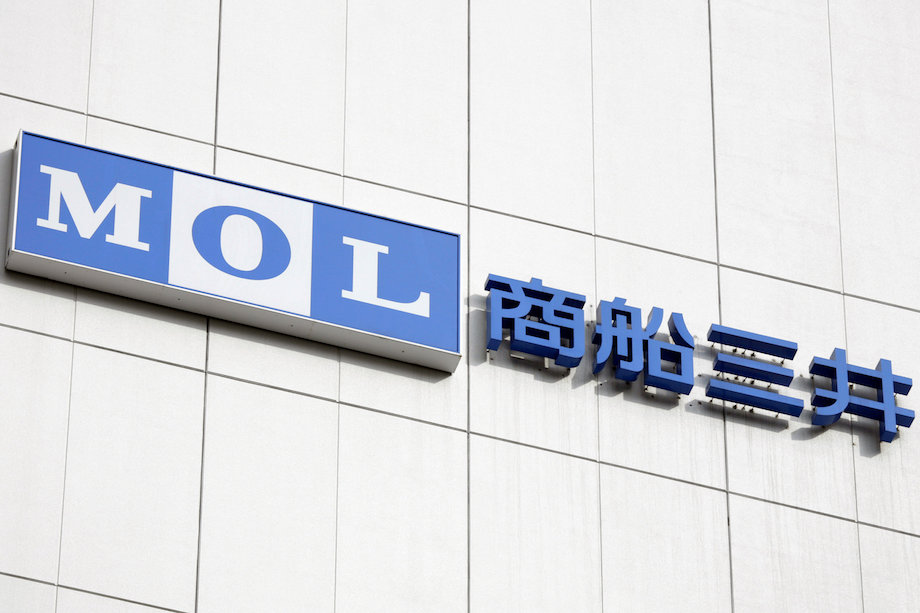 It previously aimed to invest a total of 200 billion yen in greener technologies through March 2024. But this will now rise by 100 billion to 200 billion yen, thanks to a “significant increase in free cash flow” from the global shipping boom, Hashimoto said.

Strong demand for shipping services “has given us more freedom on management decisions,” he said.

The stepped-up investment will speed Mitsui O.S.K.’s shift toward liquefied-natural-gas-powered vessels, which emit 25% less carbon dioxide than ships running on conventional fuel oil. The company plans to launch 90 LNG-powered vessels by 2030 and announced in August an order for four car carriers.

Mitsui O.S.K. is also investing in “green ammonia” as a key carbon-free fuel source for the future. Ammonia is expected to start powering real-world vessels in the late 2020s, but import limitations may pose a challenge for Japanese shipping companies.

“We don’t have enough volume to use ammonia to fuel ships,” Hashimoto said. “We can’t afford to wait for somebody else to produce the material.”

The company announced in May that it would resume transporting ammonia for the first time in half a decade. It is expected to invest in new production and storage facilities, with an eye on markets like Australia, Russia and the Middle East.

Mitsui O.S.K. will also consider producing and exporting ammonia derived from natural gas. “We will look into ammonia-related mergers and acquisitions as well,” Hashimoto said.

The company will announce a new investment plan as early as the spring.

Mitsui O.S.K.’s moves come in response to growing pressure on the logistics sector to reduce carbon emissions. Volkswagen essentially requires shipping companies to be using LNG-powered vessels to even bid on a contract. Honda Motor is urging key suppliers to reduce CO2 emissions by 4% every year from fiscal 2019 levels and to achieve net-zero emissions in 2050.

Logistics providers around the world are now racing to decarbonize. A.P. Moller-Maersk said in February that it would participate in the development of Europe’s largest green ammonia production facility, slated to go online in 2026.

The Danish shipping company also announced in August an order for eight large container carriers that it said can run on carbon-neutral methanol. The vessels are expected to start replacing older ships in 2024 and will together reduce CO2 emissions by about 1 million tons a year.

The entire update is expected to require around 1.2 trillion yen. “We’ll be able to put in a few hundred billion yen into this thanks to improvements in our performance,” President Hitoshi Nagasawa has said, suggesting that the company may push up its schedule.

In addition to decarbonization, Hashimoto discussed Mitsui O.S.K.’s plans to bolster shareholder returns. Maritime shipping companies can experience dramatic fluctuations in their performance, depending on market conditions. “I want to transform this company into one that can pay out stable dividends totaling about 30 billion yen, even if our financial results fluctuate somewhat,” he said.