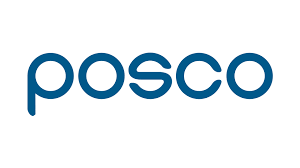 POSCO is focusing on liquid natural gas (LNG)-powered vessels as global demand for these eco-friendly ships is expected to grow fast. The fuel tanks of these vessels are built with special steel as they store ultra-low temperature LNG.

POSCO expects the LNG fuel tank market to grow in earnest staring from 2021. So it is considering expanding the supply of 9 percent nickel steel and high manganese steel used for LNG fuel tanks.

Nine percent nickel steel is the most commonly used steel for production of LNG fuel tanks. It is characterized by excellent strength: It does not break even at minus 163 degrees Celsius.

POSCO has supplied 9 percent nickel steel products for the construction of the world’s first LNG-fueled bulk carriers (the Eco and the Green), which were built by Hyundai Samho Heavy Industries. A christening ceremony for them was held at the company’s shipyard in Mokpo, South Jeolla Province, on Dec. 11.