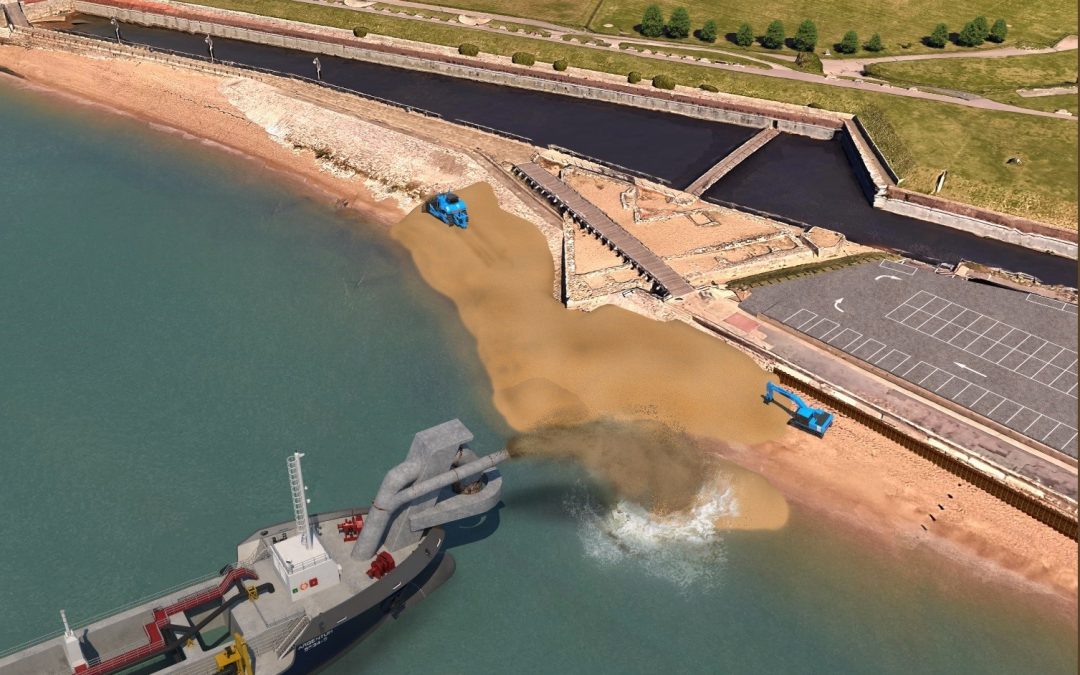 In their latest project update, the officials introduced plans to extend working hours on the beach during December in order to suit the low tides, starting at 6am and ending at 9pm.

“We also plan to work at weekends where low tide times are suitable,” the update reads.

“We do not envisage causing any disturbance with high impact activities during our extended working hours and, as always, we continue to monitor noise to ensure minimal disruption.”

The reason for the extended hours is that they are aiming to repeat the ‘rainbow’ operation of dredged material by dredging vessel, the Sospan Dau, between the Spur Redoubt and the Saluting Platform before the end of the year.

“To ensure we are ready for the Sospan Dau, we hope to avoid delays by working on the beach as much as possible before Christmas,” according to the announcement.

The Southsea Coastal Scheme got underway on 7 September 2020 with the construction of coastal defences between Long Curtain Moat and Clarence Pier.

The first of six phases in the Portsmouth City Council-led project came after some 10 years of planning.

The entire scheme is the UK’s largest coastal defences project, worth more than £100 million.

The contractor for the works is VolkerStevin Boskalis Westminster (VSBW).