Ports Of LA/LB Boxship Queue Keeps Growing, But Over The Horizon 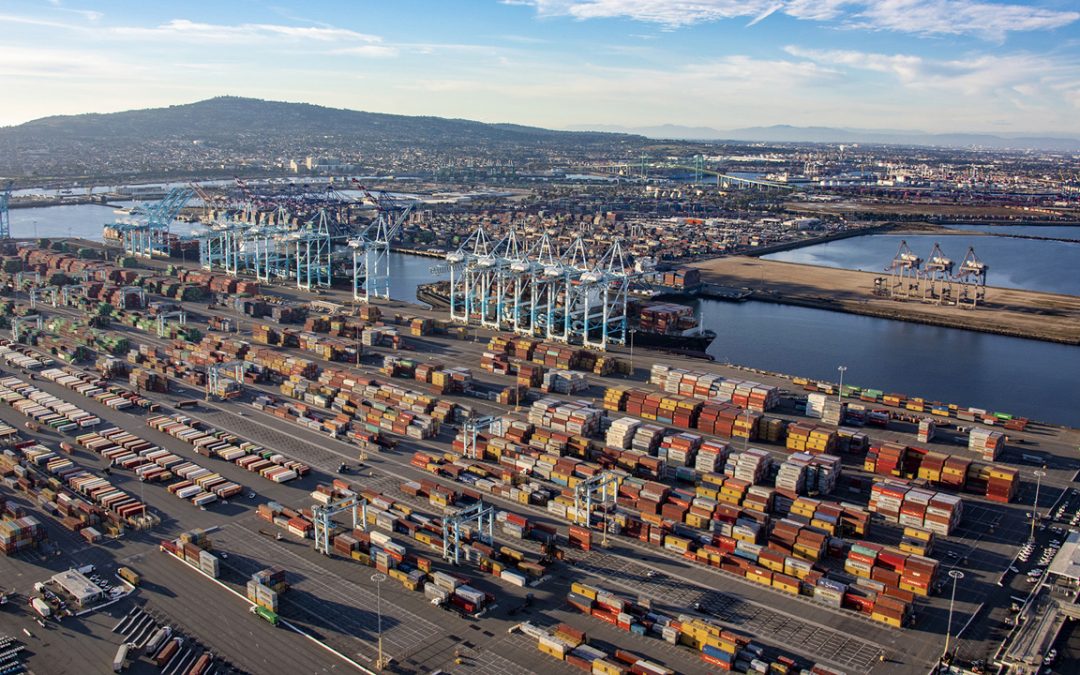 With the Ports of Los Angeles and Long Beach postponing a planned container dwell fee for a fourth week, and less ships visibly waiting in San Pedro Bay, it might be tempting to assume the situation is improving.

However, the reality is queue of ships waiting to berth at the two key US gateway ports continues to grow – a recrod reaching 96 containerships – it’s just that much of it has moved considerably further away over the horizon in a new queuing system.

Images and videos of large numbers of containerships queued at the ports of LA and LB have helped bring shipping and the supply chain into the public view over the last 12 months, however, they also brought with them pollution concerns as large numbers of vessels burned fuel for weeks on end close to shore residential areas.

From mid-November a new queuing system was introduced based on the last Port of Call (LPOC) before LA/LB replacing a 98-year on system based on arrival at the twin ports. The aim of the new queuing system is to reduce the number of ships Safety and Air Quality Area (SAQA) to the capacity of the anchorages, with vessels previously loitering in the area near the anchorages waiting much further out.Marine Exchange of Southern California 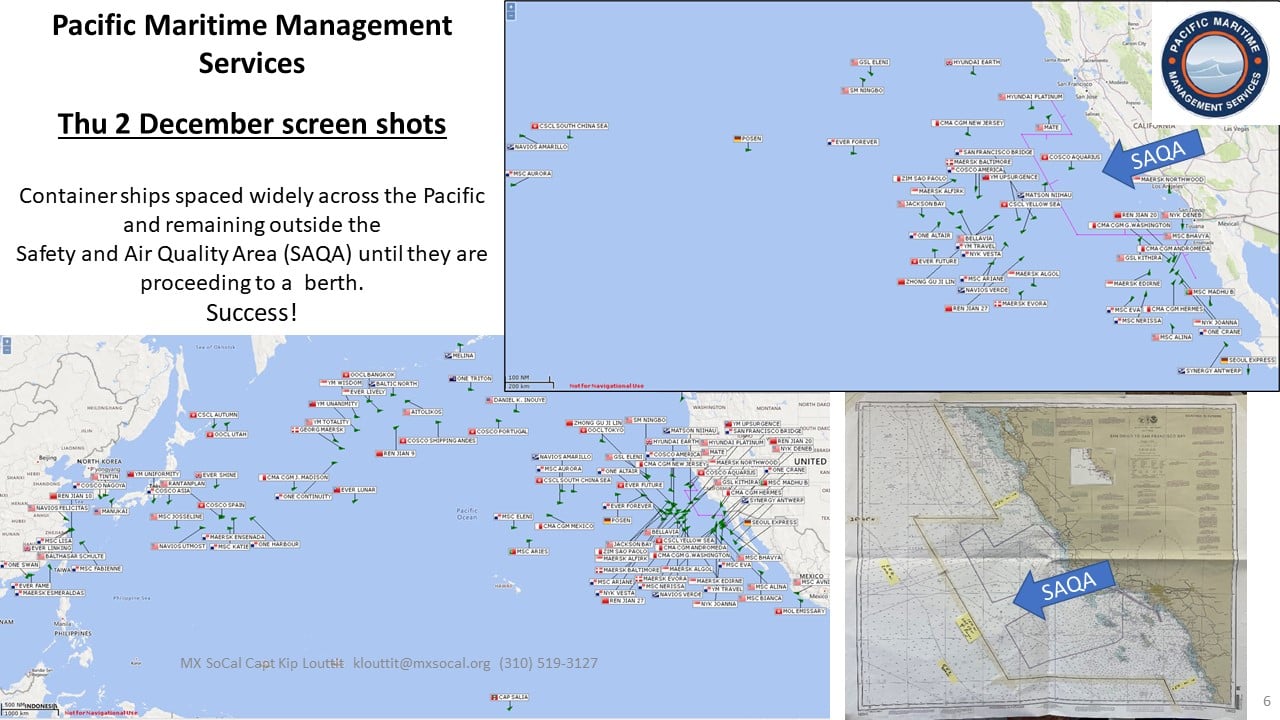 According to the Marine Exchange of Southern California as of 4 December there were 40 containerships waiting within 40 miles of the Ports of LA/LB, and further 56 slow-speed-steaming from their last port of call or loitering outside the SAQA. As such that means the queue for the two ports has reached a record 96 containerships – a record level – however, it is less visible and more difficult for a casual observer to count.

“With 98 total container vessels in the backlog when the normal pre-Covid number is 0-1 we have a long way to go to ‘normal’, but the new PacMMS vessel queuing is working with its intended purpose,” the Marine Exchange commented in a Facebook post.