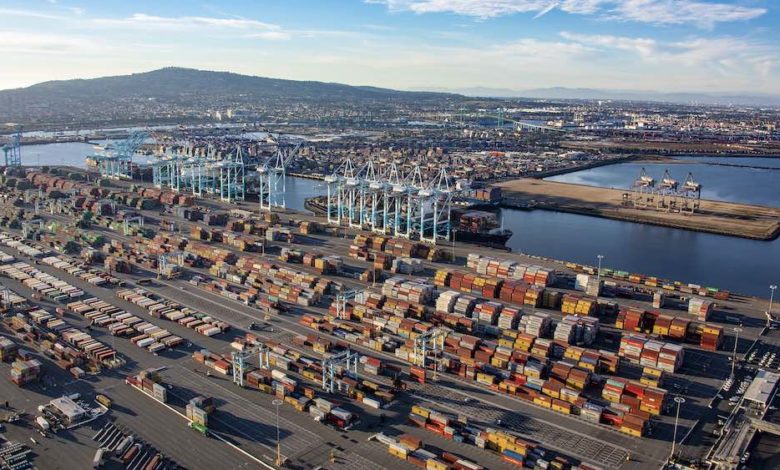 The Ports of Los Angeles and Long Beach have delayed the introduction of container dwell fee for a week even as ship queues to berth remain at record levels.

On 15 November the Southern Californian ports were due to introduce an unprecedented $100 per day charge for containers that remained in the terminals for nine days for or more for containers moved by truck, six days for those with rail connections. The fee is to be levied shipping lines who have made it clear that it will be charged back to customers.

The introduction of the dwell fee has now been postponed by the ports until 22 November with the two ports citing improvements in the situation.

“There’s been significant improvement in clearing import containers from our docks in recent weeks,” said Port of Los Angeles Executive Director Gene Seroka. “I’m grateful to the many nodes of the supply chain, from shipping lines, marine terminals, trucks and cargo owners, for their increased collaborative efforts. We will continue to closely monitor the data as we approach November 22.”

The two ports say they have seen a 26% reduction in what they described as “aging containers” on the docks since the new fee was announced on 25 October.

“We’re encouraged by the progress our supply chain partners have made in helping our terminals shed long-dwelling import containers. Clearly, everyone is working together to speed the movement of cargo and reduce the backlog of ships off the coast as quickly as possible,” said Port of Long Beach Executive Director Mario Cordero.

“Postponing consideration of the fee provides more time, while keeping the focus on the results we need.”

The dwell fee is aimed at clearing congestion from terminals to enable vessels to handled more efficiently and reduce queues of containerships outside the two ports which have become a global news story.

While the number containers with extended dwell times may have reduced at the ports of LA and LB the number of boxships queued in San Pedro Bay remains at record levels.

According to the Marine Exchange of Southern California there were 83 containerships at anchor or loitering in San Pedro Bay on Monday, with 31 at berth in LA and LB.