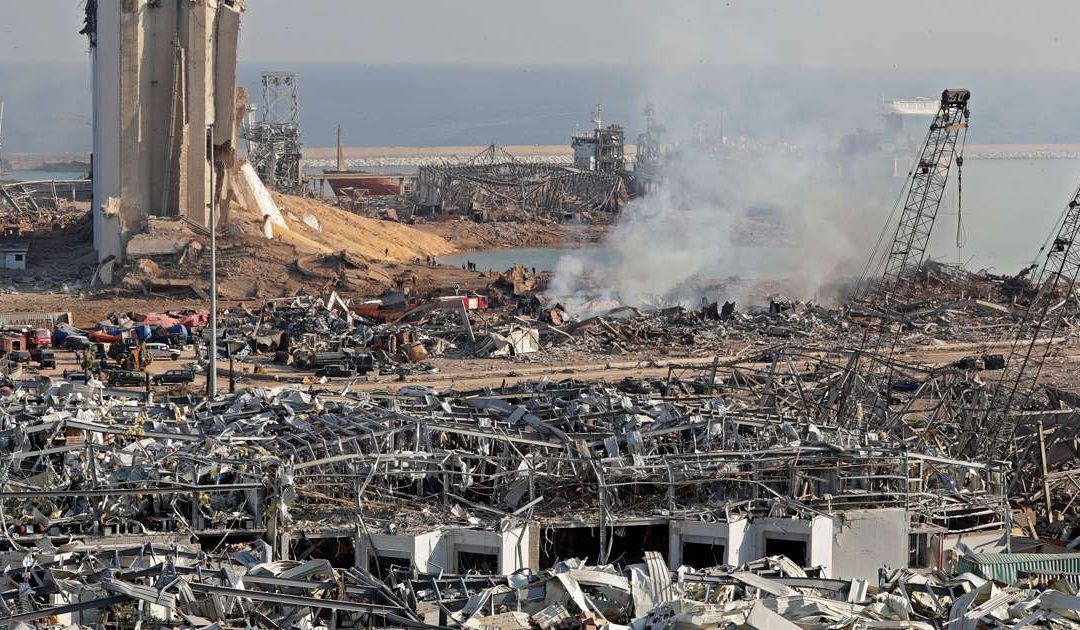 Ports around the world are actively reviewing their ammonia nitrate storage guidelines in the wake of last Tuesday’s terrible explosions that decimated much of the Lebanese capital, Beirut.

Ammonium nitrate is formed when ammonia gas is combined with liquid nitric acid. The chemical compound is widely used in agriculture as a fertiliser, but it’s also used in mining explosives. Around 2,750 tons of it was stored for seven years near fireworks in a warehouse in the port of Beirut before going up in a gigantic fireball seven days ago leading to the deaths of more than 160 people with many more still unaccounted for.

On the ground at the disaster zone chemical experts and firefighters are working to secure at least 20 potentially dangerous chemical containers at the port, after finding one that was leaking.

Lebanese security officials warned the prime minister and president as recently as last month that the ammonium nitrate stored in the port posed a security risk and could destroy the capital if it exploded. Earlier warnings from port officials had also been ignored by the authorities.

Lebanon’s president has asked investigation authorities to look into any signs of “external interference” that may have caused the blast.

“The cause has not been determined yet. There is a possibility of external interference through a rocket or bomb or other act,” President Michel Aoun said.

Aoun, who had previously said explosive material was stored unsafely for years at the port, said the investigation would also weigh if the blast was due to negligence or an accident. Twenty people had been detained so far.