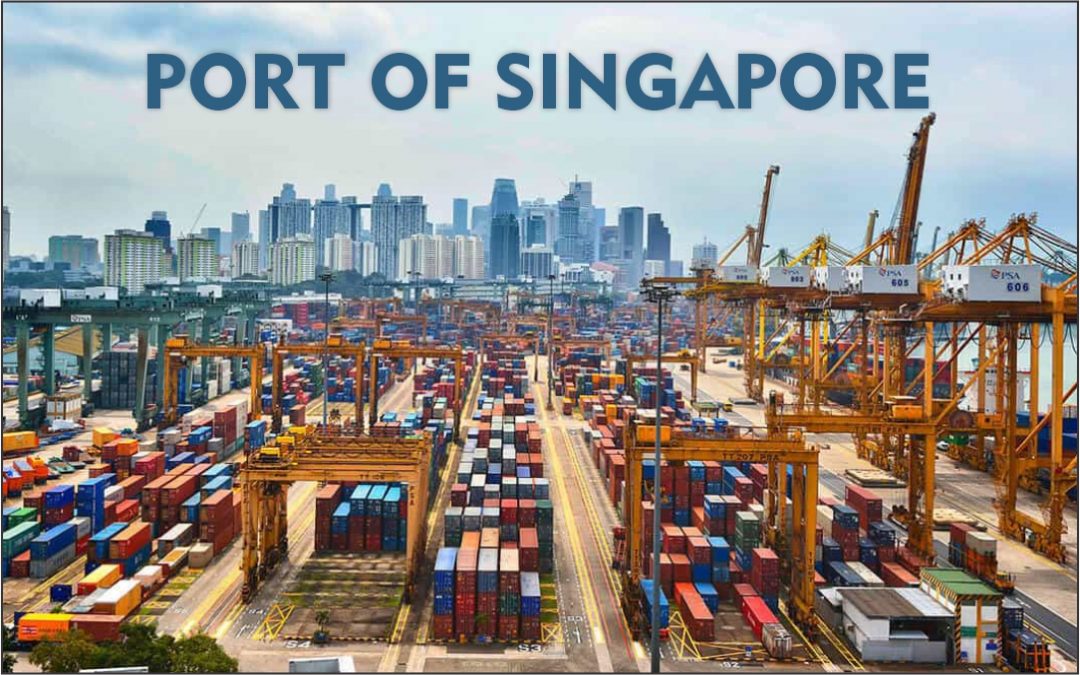 The Port of Singapore is the busiest and the largest publicly owned port in the world after Shanghai International Port. Located on the southern end of the Malay Peninsula, the Port of Singapore offers connectivity to more than 600 ports in 123 countries. The Maritime and Port Authority of Singapore (MPA) owns and is responsible for the growth and development of the port.

The port handled 37.2 million twenty-foot equivalent units (TEUs) of containers and 626.2 million tonnes of cargo in 2019. It attracts approximately 130,000 vessel calls a year, on average, currently.

The Port of Singapore refers to the collective facilities and terminals that conduct maritime trade and handles Singapore’s harbors and shipping. It was ranked as the top maritime capital of the world since 2015. Currently the world’s second-busiest port in terms of total shipping tonnage, it also transships a third of the world’s shipping containers, half of the world’s annual supply of crude oil, and is the world’s busiest transshipment port.

The Port of Singapore is not a mere economic asset, but an economic necessity to compensate for Singapore’s land and natural resource limitations. The ports are very essential for importing and re-exporting natural resources after they have been refined, for example, wafer fabrication or oil refining to generate revenue. Ships pass between the Indian Ocean and the Pacific Ocean through the Singapore Strait.

The port offers a range of services for breakbulk and specialized cargoes. The facilities and services allow the port to handle containers and cargo including bulk, break-bulk, and project cargo.

The warehouses and open yard spaces are used for storage, packing, consolidation, and distribution of cargo. Approximately 80% of the containers that arrive in Singapore are transshipped to other ports.

The Port of Singapore has conventional and special-purpose terminals to handle oil, petroleum, and natural gas products as well as cement and steel products. It also has a dedicated car terminal, which is one of the major automotive transshipment hubs in the region.

The anchorage areas in the port include the Eastern Sector, the Jurong Sector, and the Western Sector. The public landing areas, West Coast Pier, Marina South Pier, and Changi Point Ferry Terminal, have dining outlets, shops, immigration, and ferry services.

The port underwent a S$3.5bn project at the Pasir Panjang terminal to add 15 mega containership berths, which was completed in June 2015.

Singapore is currently in the midst of constructing Tuas Mega Port, with completion expected between 2025 and 2027. Built-in four phases, it will be the world’s largest container terminal when complete, being able to handle nearly 65 million TEUs annually. It will also have the infrastructure to cater to the largest container ships in the world, such as the Maersk’s Triple-E vessels and CSCL Globe. Tuas port will incorporate innovative technologies such as yard automation and full-electric automated guided vehicles. All the existing Singaporean container terminals will be merged and relocated with the Tuas terminal, upon its completion.