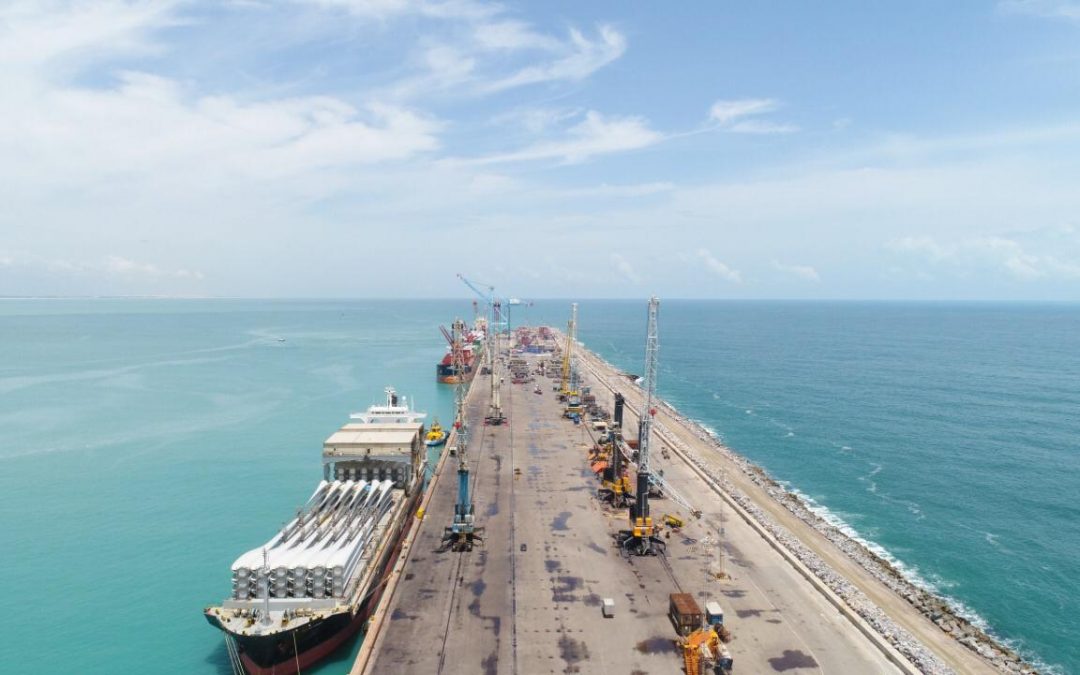 With the objective of establishing strategic partnerships for the socioeconomic, technological and environmental development of the State, the project “HUB of Hydrogen Green Pecém – Ceará”, launched in February of this year by the Government of Ceará, Complexo do Pecém (CIPP S / A), Federation of State Industries (Fiec) and Federal University of Ceará (UFC), has attracted companies interested in operating in the Green Hydrogen value chain, which ranges from the generation of renewable energy to the production of green hydrogen and derivatives, storage, distribution and consumption, including for export.

One of these companies is White Martins, which signed a Memorandum of Understanding (MoU) with the Pecém Complex this month to formalize its interest in participating in the Green Hydrogen HUB. The partnership aims to establish and develop the potential of local production, focused primarily on export to Europe. With the signing of the MoU, the Pecém Complex will provide support to map new business opportunities for the production and supply of Hydrogen by Verde by White Martins.

“In this partnership, we identified the possibility of innovating in the production and supply of clean energy with investments in the Green Hydrogen value chain, taking advantage of the synergy of the White Martins air gases plant already existing in the Pecém Industrial and Port Complex. This project is in line with Linde’s global strategy for growth in the green hydrogen market. In addition, taking into account the characteristics of the region, which has a state-of-the-art industrial park and renewable energy production capacity, we have a positive expectation of making an undertaking feasible that could be a great differential for our country ”, says the director of Hydrogen and White Martins Liquefied Natural Gas, Guilherme Ricci.

“White Martins, a Linde group company, has technology and expertise in several key areas of the H2V production, distribution and application chain, including electrolysers, ammonia production, H2 liquefaction, technology for the use of H2 in mobility and experience with H2 injection in natural gas networks, so it will be an important partner for the H2V hub in Pecém ”, says Duna Uribe – Commercial Director of Complexo do Pecém.

Through this initiative, the Ceará government will intensify the production of Hydrogen, from renewable energy sources, to promote the socioeconomic, technological and environmental development of the State, promoting its use in industry and transportation. In addition, the goal is to make Ceará a global supplier of H2V, thus contributing to the reduction of global levels of carbon dioxide (CO2).

“It is necessary to highlight that the project does not count on public funds investment, but the State of Ceará will develop public policies for renewable energies for sustainable development, focused on maximizing the benefits for the region and consolidating the future Pecém Verde Hydrogen HUB” , points out Roseane Medeiros – Executive Secretary of Industry at the Secretariat for Economic Development and Labor (Sedet) of the Government of Ceará.

“This Memorandum of Understanding is further proof that the market recognizes the potential of the State of Ceará for the production of green hydrogen and the wide space and facilities that the Port of Pecém can offer to accommodate a cluster of electrolysers”, adds René van der Plas – Director of the Port of Rotterdam International (PORint)

Differences of the Pecém Complex

In addition, the Pecém Complex has a privileged location connected to the main maritime routes connecting Europe and the United States, as well as a competitive logistical cost due to its proximity to the markets, which represents a differential in the total cost of H2V. It also has an available area and the necessary industrial and port infrastructure, in addition to the tax benefits of SPAs, which can represent an important reduction in the opex and capex of the possible investor.

The Pecém Complex also has a robust electrical network, with transmission line infrastructure compatible with the demands of the electrolysis plants; gas distribution network that connects the complex, which can be used to transport H2V between areas of production and industrial consumption; and industries already installed, potential consumers of Green Hydrogen.

The potential domestic market for Green Hydrogen to be developed in the Pecém Complex, includes companies already installed in the steel, fertilizer, cement, mining sectors and also the Companhia de Gás do Ceará (Cegás).

The State of Ceará offers high potential for onshore (94 GW) and offshore (117 GW) wind energy, high potential for solar energy (643 GW) and daily solar + wind complementarity = 50% / 50%, an ideal condition for operation of electrolysers. In addition, it has a qualified workforce, with a high school and university network able to meet the demand of the new production chain and also reliable fiscal and administrative conditions, through the tax benefit granted by PIER (Incentive Program for the Energy Productive Chain) Renewable).