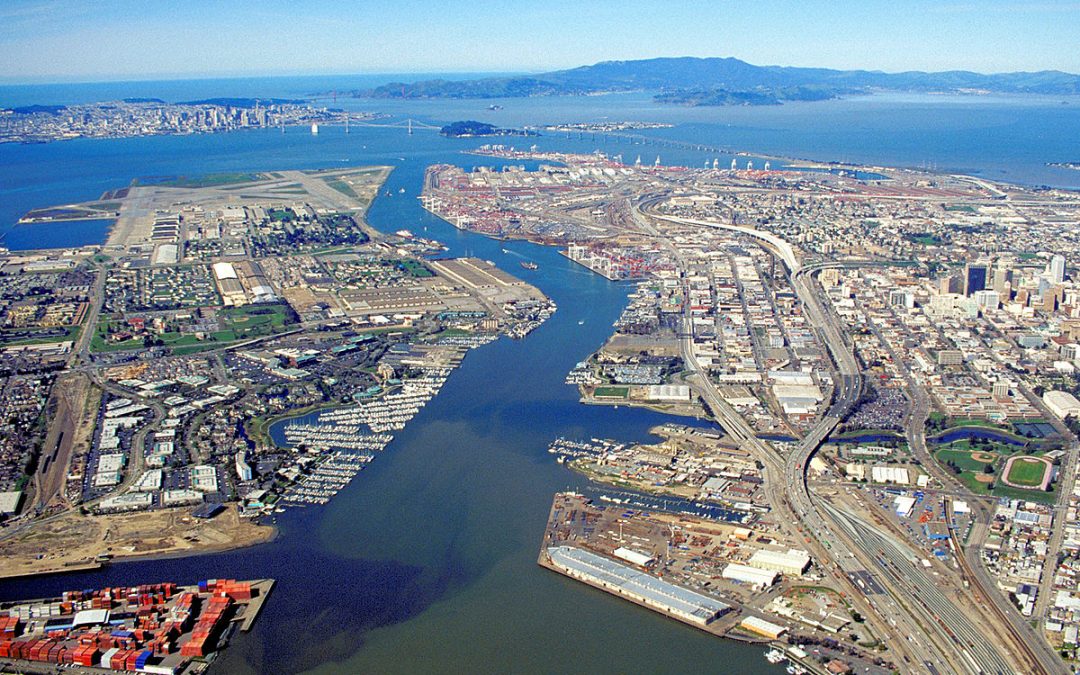 Container volumes handled by the Port of Oakland in the first six months of 2021 increased by 11.4% over the same period last year on the back of a record wave of imports, the port said on July 16.

Total throughput during January-June 2021 was 1.3 million twenty-foot equivalent units (TEUs), up from 1.17 million TEUs in the first six months of 2020.

“We’ve never seen this level of activity, and based on the outlook, we’re preparing for more,” Port of Oakland Maritime Director Bryan Brandes said. “Our challenge is serving customers who expect us to handle their cargo efficiently.”

The port is on track to handle more than 2.6 million TEUs by the end of the year, which would be a record for the port. This is likely to happen given current fundamentals driving demand for imports, unless port congestion or other operational factors slow the rate of throughput.

The port noted that “the upcoming August-November peak season when retailers and distributors stock up for holiday merchandising,” is still approaching, and it hopes to prepare for the coming surge by adding more dockworkers to its labor force.

“Ports nationwide have reported difficulty keeping up with the unprecedented cargo surge. On average, vessels are loading and unloading 66% more cargo in Oakland than they did last year,” the port said. “One consequence has been cargo delivery delays.”

There were eight container vessels at anchor in the San Francisco Bay waiting to berth at the port of Oakland on July 16, and at least seven more waiting in the queue while drifting outside the Bay, according to cFlow, Platts trade-flow software.

That compares with 22 in queue at anchor near the Los Angeles-Long Beach port complex on July 16, while the Ports of Vancouver and Seattle-Tacoma had four and two containerships waiting at anchor, respectively.