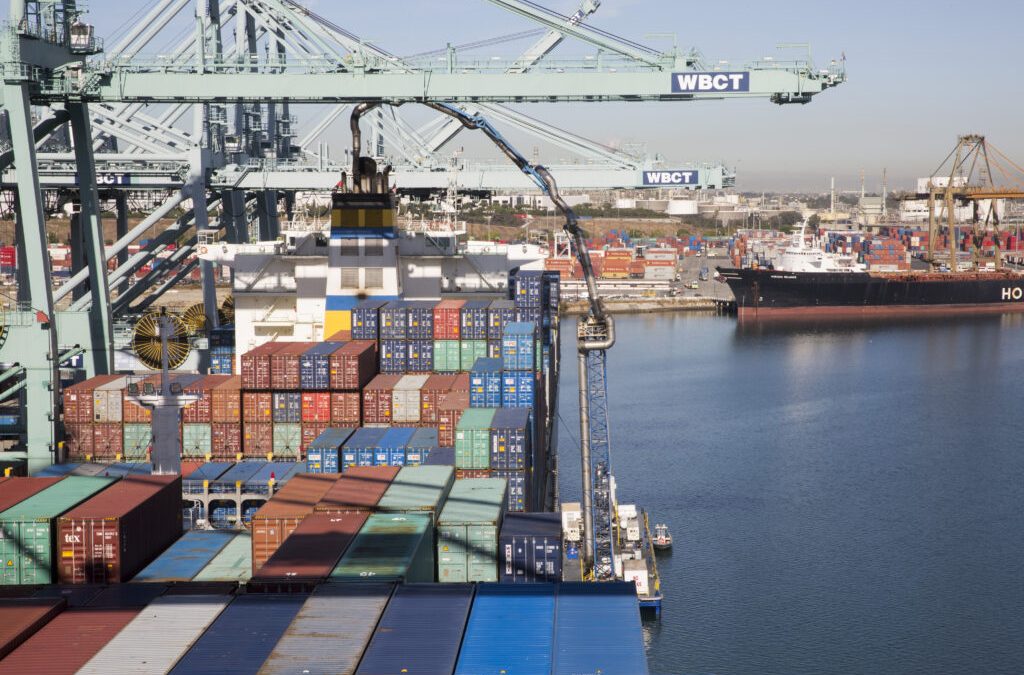 In 2019 the Port of Los Angeles cut air emissions between 5% and 7% when compared with 2018 levels, the port said in a recently released study.

The progress report shows that the port managed to cut nitrogen oxides emissions by 62% compared to its 2005-baseline, while sulphur oxide and diesel particulate matter remained down by 98% and 87% respectively.

Greenhouse gas emissions (GHGs), reported in carbon dioxide equivalents (CO2e), were down by 32% for every 10,000 TEUs since 2005. The only exception was SOx, which remains down 98% on a per container basis since 2014.

“Every year, it takes all our pollution reduction strategies, ongoing and new, to maintain and improve the dramatic progress we’ve made in cutting pollution,” said Port Executive Director Gene Seroka.

The study measures progress of port strategies to reduce pollution from all sources related to its operations: ships, trucks, locomotives, harbor craft, and cargo handling equipment.

The updates focus on collaboration among industry stakeholders, regulatory agencies, local communities, and environmental groups for the next 20 years to reduce emissions and combat climate change.

Activities aimed at attaining this goal include phasing out older trucks and transition to near-zero emission and zero emissions fleets by 2035, the introduction of zero-emission equipment at terminals, reduction of emissions from ships at-berth, accelerating the deployment of cleaner engines, and expanding rail networks.

In 2019, all engines for OGV continued to use fuel with 0.1% sulphur or lower and the At-Berth Regulation (i.e., shore power) was also in effect.

“Reducing GHGs to help avoid the worst effects of climate change is critical, and it is going to take worldwide collaboration to do this,” said Port Director of Environmental Management Christopher Cannon.

“We are grateful to our private and public sector partners who continue to step up by investing in zero emission technology.”

To get there, the port is participating in 16 regional projects with multiple partners to demonstrate near-zero and zero emissions engines and associated fueling or charging infrastructure, including hydrogen fuel cell models and electrically powered forklifts and yard tractors.

All demonstrations are conducted in real-world operating conditions in and around the port.

One-third of the 2,038 cranes, yard tractors and other yard equipment in port service already runs on electricity or alternative fuels.

Converting the drayage fleet is a taller order, and the port is facilitating the testing and development of on-road zero emissions technologies.

Meanwhile, the fleet continues to modernize with more than 60% of nearly 17,800 trucks calling at Los Angeles container terminals being model year 2010 or newer. Model year 2014 or newer trucks now make up approximately 30% of the total.

The cargo volume slipped 1% in calendar year 2019, reflecting the initial impact of the trade war, which has slowed imports and exports between China and the U.S.

Even though containership arrivals decreased 10%, the average TEU per call increased 10% as compared to the previous year, indicative of the larger containerships calling and improved efficiency from vessel alliances.

The 2020 inventory, which will be completed in 2021, is expected to show the trade war’s ongoing impacts, as well as the economic turbulence of the global COVID-19 pandemic.

The 2020 data is also expected to reflect the benefits from widespread testing of near-zero and zero emissions equipment at the port, as well as the full force of California’s original shore power regulations.

Effective Jan. 1, 2020, the requirement for container, reefer and cruise ship fleets to plug into electricity at berth jumped to 80%.

California’s Port of Long Beach, the second-busiest container port in the United States, said it had reduced diesel soot by 88% and greenhouse gas emissions by 19% compared to 2005 levels.

The strategies are in line with California’s emission reduction plans as the state wants to become carbon neutral by 2045, despite the U.S. backtracking on its Paris Deal commitments.