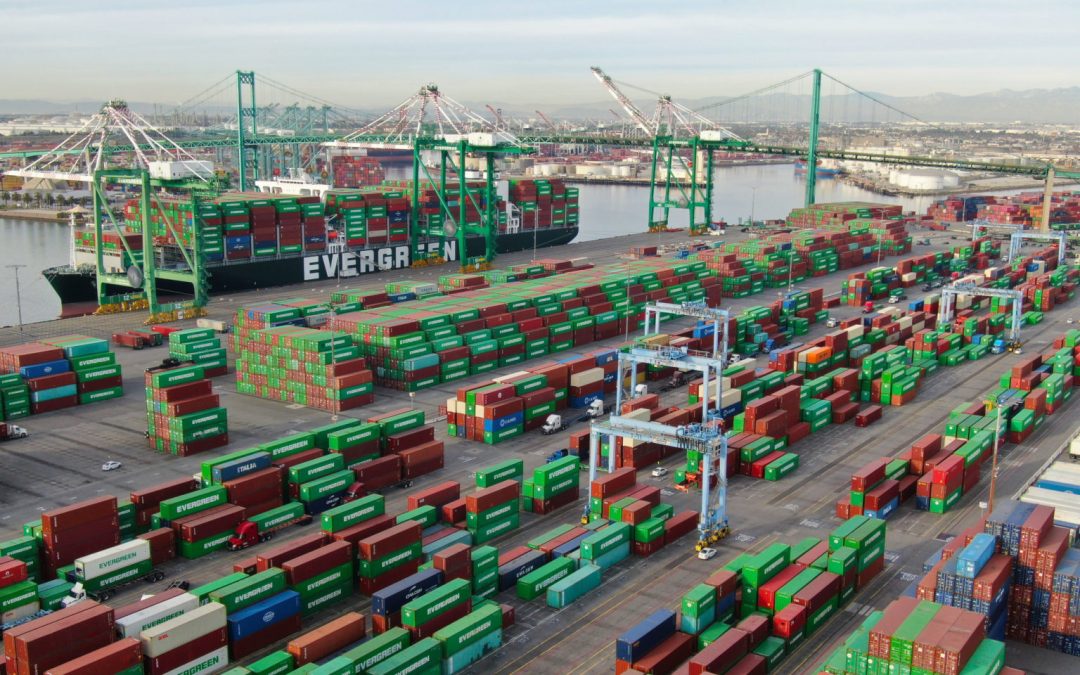 The Port of Los Angeles processed 876,611 TEU in June, edging out last year as the best June in the port’s history.

At the mid-point of 2022, Los Angeles has handled more than 5.4 million TEUs, matching last year’s record-setting pace. Next door, the Port of Long Beach also set a monthly record in June, closing out its busiest quarter on record.

Halfway through the year, we’ve been able to reduce the number of vessels waiting to berth by 75%, allowing dockworkers to efficiently process more vessels,” said Port of Los Angeles Executive Director Gene Seroka.

“We’re already beginning to handle back-to-school, fall fashion and year-end holiday goods. Despite inflation and higher-than-usual inventory, we expect cargo volume to remain robust the second half of the year,” Seroka added.

In his monthly media briefing, Seroka was joined by Retired Gen. Stephen R. Lyons, who was recently appointed Port and Supply Chain Envoy to the Biden-Harris Administration Supply Chain Disruptions Task Force. Lyons discussed supply chain challenges nationwide and what is being done to improve the movement of goods and help lower costs for Americans.

June 2022 loaded imports reached 444,680 TEUs for a decrease of 5% compared to the previous year, but 12% higher than the previous five-year average for June.

Seroka highlighted three takeaways at the midway through 2022.

“First, looking back, we hit the mark on an early Lunar New Year, handled inventory replenishment in Q2, and reduced waiting vessels by 75%, all this to be ready for an expected early June peak season arrival,” said Seroka.

“Second, looking at the back half of the year, cargo arriving will look different than what’s on the ground now. We’ll be seeing back to school, fall fashion, Halloween and the all-important year-end holiday goods coming across the Pacific in the weeks and months ahead. Even though some retailers have high inventories and may look to discount goods, I expect imports to remain strong, though tapered, versus last year.

“And lastly, all eyes are focussed on improving our rail products, full stop. We now have more than 29,000 rail containers on our docks—that number should be more in the 9,000 unit range. Rail cargo is sitting an average of 7.5 days—it should be two days of dwell time and nothing should be using the 9+ day mark, yet we have 20,000 containers in that important aging category now,” Seroka added.

Seroka concluded that action needs to be taken now to avoid further disruption not just in Southern California, but across the country as peak season kicks off.

“Cargo owners must pick up their boxes at inland rail terminals faster than they are today. The western railroads need to provide crews, engine power and rail cars faster back to the West Coast. Marine terminals, shipping lines and the ports need to provide key data to prioritize evacuation of this cargo quicker. The bottom line, we must take action on this issue immediately to avoid a nationwide logjam,” Seroka said.