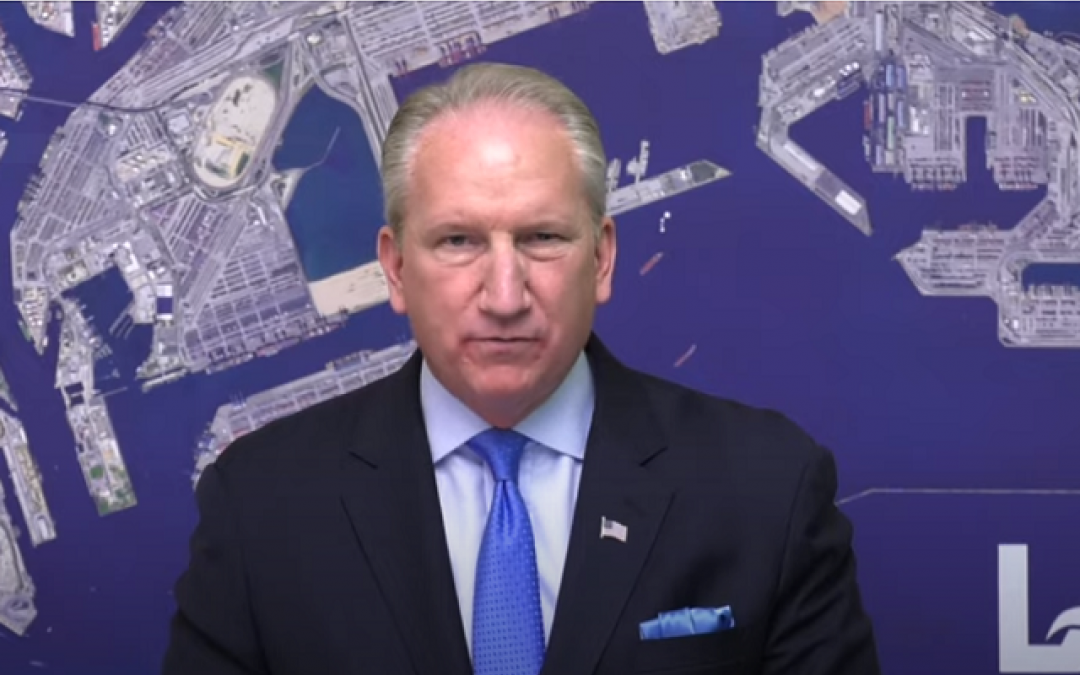 The Port of Los Angeles has closed its fiscal year with record volumes of 10.87m teu, setting a new Western Hemisphere record as the economy rebounded from Covid-19 shutdowns.

The nation’s busiest port finished its fiscal year in June moving 876,430 teu for its busiest June ever. Over the past 12 months, the Port of Los Angeles surpassed eight monthly records, had its two highest-performing quarters, and had its top four individual months in the port’s history.

The outlook for the US’s largest container port remains buoyant with import demand expected to continue. “Key economic indicators all suggest that US consumer spending will remain strong through the remainder of 2021,” said Port of Los Angeles Executive Director Gene Seroka.

However, this will continue to pressure on already stretched terminal operations. As Seatrade Maritime News reported yesterday congestion is starting to build again at US West Coast ports with over 20 containerships now waiting at anchor in San Pedro Bay to enter the port of Los Angeles and Long Beach.

Seroka commented: “While all these milestones are inspiring the cargo continues to move at a record pace and there is no lull in the action, no half time intermission. We have to continue to squeeze every ounce of efficiency out of this port complex.”