Port Of Kiel: Artania Connects To Shore Power For The First Time 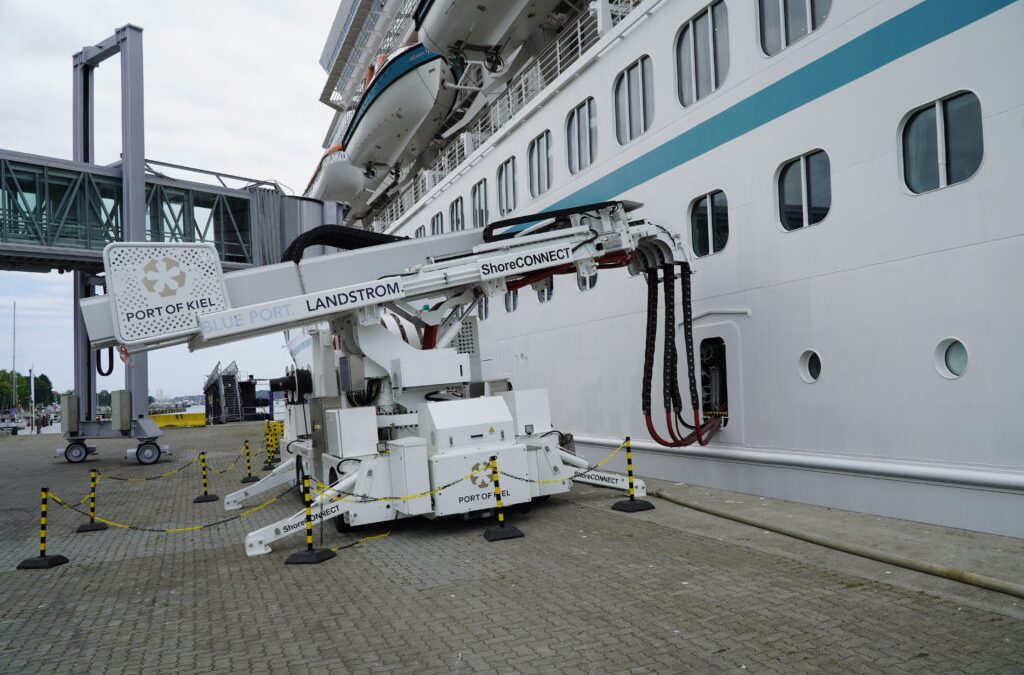 Artania, a cruise ship operated by Germany’s travel agency Phoenix Reisen, used shore power for the first time while at berth at the Port of Kiel on 21 July 2022.

The debut was preceded by the commissioning and the corresponding integration test between the shore power plant and the 1984-built ship.

This was the first time that one of Phoenix Reisen’s ships connected to shore power in the port. With Artania and Amadea, the tour operator has already two cruise ships with shore power capability. Other vessels in the company’s fleet are in the process of being converted accordingly.

“We always offer shipping companies and cruise operators the supply of shore power when calling Kiel. All tests with the Artania were successfully completed and we are pleased that it can berth in Kiel without emissions in the future,” Lisa Sarodnick, environmental manager at the Port of Kiel, commented.

On Thursday, Artania received a total of 20,000 kWh of electricity while it was in port. The cruise ship is supplied with 6.6 kV/60 Hz from the shore power system at the Ostseekai.

The shore power supply for ships in the port is an essential part of a sustainable transformation in shipping. The Port of Kiel was one of the first ports in Europe to invest in the appropriate shore power infrastructure.

With the completion of two new plants at the Ostuferhafen, from the end of 2023, it will be possible to supply up to six ferries and cruise ships at the same time with Scandinavian green electricity instead of the previous three.