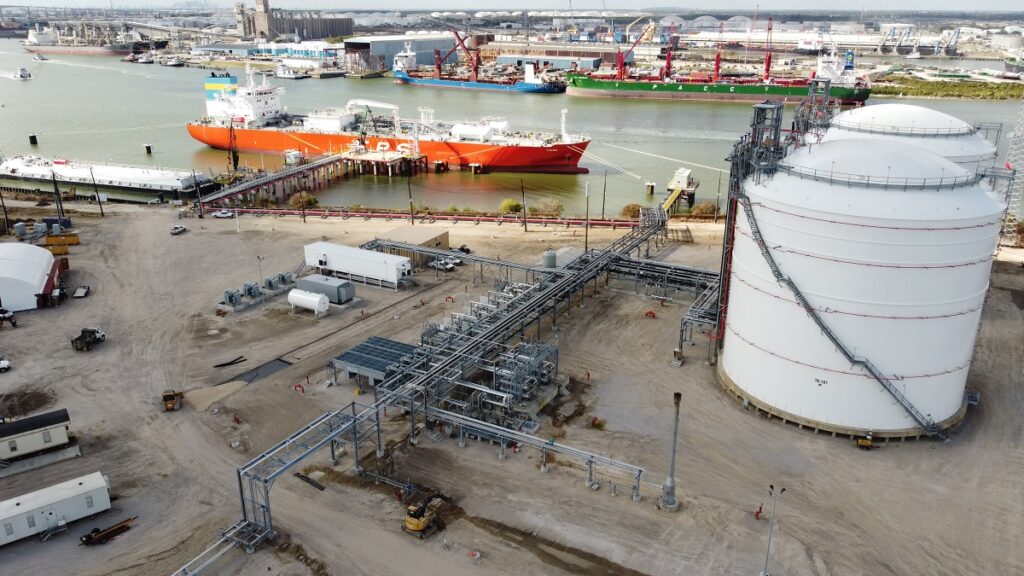 Vopak Moda Houston, jointly owned and operated by Royal Vopak and Moda Midstream, says that its marine ammonia terminal in the Port of Houston is now fully operational.

Strategically located in close proximity to ammonia and hydrogen pipelines, it is the first greenfield terminal development in the Port of Houston in more than a decade.

It can handle very large gas carriers (VLGCs), as well as smaller vessels and barges. It is also the only waterborne ammonia terminal in the Port of Houston with deepwater capabilities.

The terminal also has existing permits for additional berthing positions. It directly connects via pipeline to the Port of Houston petrochemical complex.

Moda CEO Jonathan Z. Ackerman said: “In today’s world, supply chains must be resilient and sustainable. With the ability to safely and reliably transport ammonia(…), Vopak Moda Houston is a vital link in the new energy transition supply chain.”

He also said they are in discussions to provide logistics solutions for low-carbon products, including storage and handling of green and blue ammonia, hydrogen and low-carbon bunkering.

“Vopak Moda Houston is well-positioned to become the premier low-carbon ammonia and hydrogen terminaling hub on the U.S. Gulf Coast,” he said in conclusion.

Ammonia will be used as the preferred carrier for storing and transporting low-carbon hydrogen. In addition, ammonia has growing applications in power cells, power generation, and ship bunkering.