Port Of Antwerp: Ready For A New Era 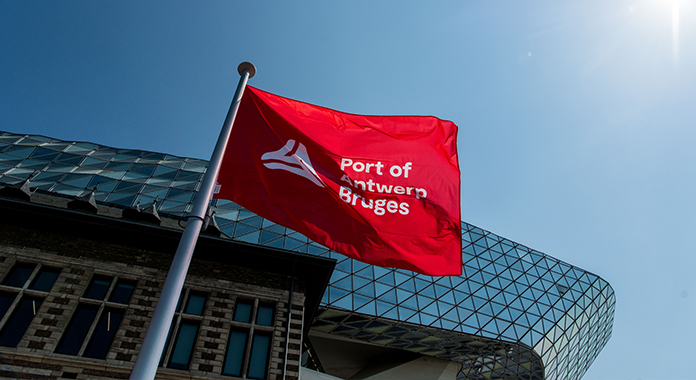 The end of the old world
“For the first three months of the year there’s been a growth of 6% in imports from the UK through North Sea Port alone. Overall, we’re going back to normal although there are still problems for small companies. For them things have become more difficult. But the fear for Brexit, from a logistical point of view, has passed,” according to Daan Schalck, Chief Executive Officer, North Sea Port.

Some types of trade have witnessed a decline due to economic conditions, not logistics issues, “People in the UK are uncertain about buying a new car, for instance, which is supressing imports,” he explained. “However, unaccompanied freight is a growing trend – mainly due to a shortage of truck drivers – and that’s good news for ports that are located near industrial hubs. The logistics of unaccompanied freight therefore all makes sense.”

Port warehousing brings new opportunities
Other factors, such as ongoing disruptions of the global supply chain, are changing how ports operate. Both men are seeing large companies move away from just-in-time delivery and are instead warehousing their goods closer to their customers – a role that ports are ideally suited to fulfil.

“The importance of developing warehousing facilities is a new opportunity for us,” says Hautekiet. “People are rethinking their supplies chains,” adds Schalck, “and that’s a good thing for us. People are now counting on European ports to be distribution centres as well.”

Production and distribution of green energy: a new port model
The role of ports is changing in other ways, too – it’s no longer just about cargo tonnage and a supply chain. It can also be about storing and transporting energy. “The old port model encompassed railways, highways, the sea and canals,” said Schalck. “But today we’re thinking about adding pipelines for hydrogen, natural gas and electricity. Right now, having a plant for the production of hydrogen, for local use or export, provides the maximum value for land use in a port.”

Hautekiet agrees, adding that federal governments are already looking at ports to play a role in energy distribution. There is also a role in recycling, he added. “For example, wind turbines are so large that they can only realistically be recycled in a port and the latest generation of off-shore turbines are getting even bigger still. As a result, only a few ports can handle the installation vessels.”
Diversification through port integration

Underpinning all this activity is an economic change brought about by globalisation, a trend that made merging ports an essential part of the worldwide move towards horizontal and vertical integration. “But it’s not just about size, although that’s important,” said Schalck. “For Ghent it was also about diversification. We were overly reliant on a single client, which made up 25% of our business. Now, following our merger with the Zeeland Sea Ports, our biggest customer is only 8%.”

“The merger was politically difficult because it was between two countries – Belgium and the Netherlands – but with support from the EU it was all made possible. The advantages speak for themselves: a 25% growth in four years, which is better than forecast.”

It’s not just about consolidation, added Hautekiet. “It’s true, size is important, but the merger of the ports of Antwerp and Bruges made us stronger and better. We are now well positioned for seizing growth opportunities and serving the changing needs of the world from a logistics and energy perspective.”