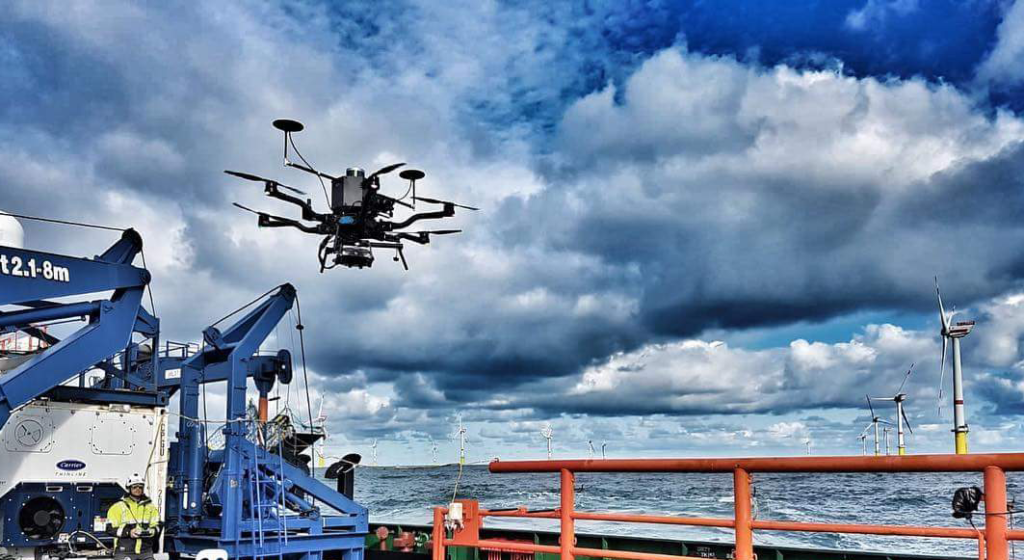 Port of Antwerp is deploying an autonomous drone for the first time to maintain safety at the port’s critical infrastructure.

The fully-independent drone will test various use cases in the field of inspection and control, the goal being to establish a network of autonomous drones in 2022.

These will include infrastructure inspection, surveillance and monitoring, incident management, berth management, and oil spill or drift waste detection.

“The ambition is a network of autonomous drones that can provide a ‘live feed’ of the various port activities,” the port said.

This week, an autonomous drone that has been developed in collaboration with the company Dronematrix is planned to be deployed for the first time.

The drone departs from a fixed base near the Kieldrecht lock and follows a fixed route in the port.

In addition, the drone can also fly on request, for example in emergencies where an overview of the situation is important.

The drone works completely independently and charges itself by means of an intelligent docking station that is centrally managed from a web platform, according to the port.

“Drones are a lever in carrying out our core tasks as port authority, given the port’s huge surface area. Thanks to a network of drones, we can keep a closer eye on what’s happening in the port,” said Erwin Verstraelen, Chief Digital & Innovation Officer Port of Antwerp.

“ Through our ‘Port of the Future’ innovation platform and cooperation with partners, such as DroneMatrix, we can accelerate technological innovation. Not just for drones, but also for promising evolutions in autonomous shipping, smart cameras and sensors.”

“For DroneMatrix, the ports are important focus areas and the scope for deploying an automated drone in these areas is endless. Increased safety, extended inspection possibilities and a strongly improved ‘situational awareness’ that can increase the effectiveness of human interventions… these are just a few of the advantages of our YACOB technology, developed on Flemish soil no less,” said Lander Vanwelkenhuyzen, General Manager of DroneMatrix.

“In the coming months, DroneMatrix will launch several early adopter programs where this technology will be deployed for the first time in an industrially-scalable manner.”