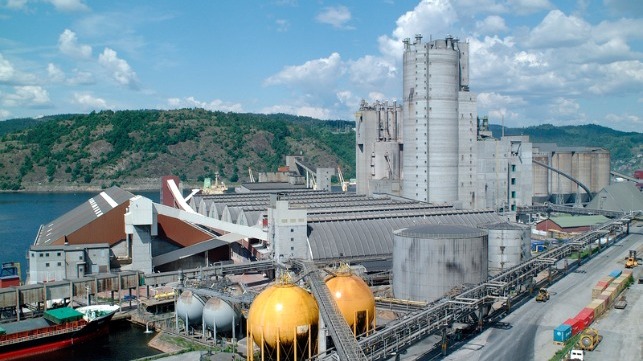 With attention focused on the potential of ammonia as the fuel source of the future for the shipping industry, Norway’s chemical and fertilizer company Yara announced plans for full-scale green ammonia project. Speaking at its investor seminar, the company said it would be possible by 2026 to convert its exiting ammonia plant to create the first commercial scale green ammonia project providing emissions-free fuel for the shipping industry and to decarbonize food production.

“Ammonia is the most promising hydrogen carrier and zero-carbon shipping fuel,” Svein Tore Holsether, President and Chief Executive Officer of Yara told the investor conference. “I am excited to announce that a full-scale green ammonia project is possible in Norway, where we can fully electrify our Porsgrunn ammonia plant.”

Building on its long experience and leading position within global ammonia production, logistics and trade, Yara’s CEO said the company aims to capture opportunities within shipping, agriculture and industrial applications. Yara forecast that the market is expected to grow by 60 percent over the next two decades.

Yara plans calls for the full electrification of its ammonia plant in Porsgrunn producing 500,000 tons annually of green ammonia in Norway. Converting the plant from its current use of traditional fuels has the potential to cut 800,000 tons of CO2 per annum, equivalent to the emissions from 300,000 passenger cars, while still ramping up the scale of production. Yara aims to fully remove CO2 emissions from its Porsgrunn ammonia production and thereby produce emission-free fuel for shipping, carbon-free fertilizer and ammonia for industrial applications.

To make its vision of zero-emission ammonia production a reality, Yara said it is seeking partners and government support. If the required public co-funding and regulatory framework is in place, the project could be operational in 2026. The project would eliminate one of Norway’s largest static CO2 sources, and would be a major contributor for Norway to reach its Paris agreement commitments.

The plans for the first large scale ammonia production efforts were part of a broader environmental plan and future strategy unveiled by Yara in its presentation to investors.