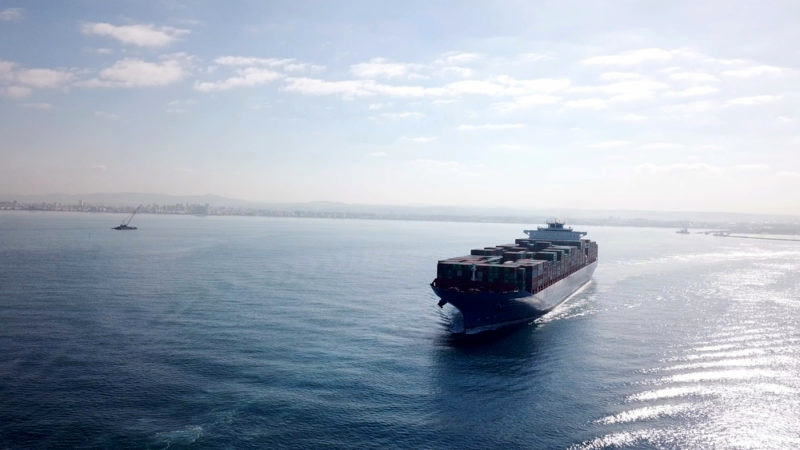 Crew members of a containership have reportedly been kidnapped in pirate attacks reported off the coast of Bioko Island in the Gulf of Guinea.

A report from the Danish Navy, which has a warship on anti-piracy patrols in international waters in the Gulf of Guinea, shed some more light on the incident.

According to the Navy, a Seahawk helicopter embarked on the frigate Esbern Snare was investigating an active pirate group operating in the vicinity of Bioko Island when it received a mayday signal from a nearby containership.

Upon inspection, the helicopter’s crew saw a smaller skiff on the side of the ship with number of suspected pirates and hostages. The suspected pirates reportedly threw items overboard, in an apparent attempt to sail faster, and headed north to the Niger Delta with the hostages on board. The crew of the helicopter followed the skiff until it entered Nigeria’s national waters before returning to the frigate.

The Navy said one crew member has sustained a gunshot wound to the leg and two are missing after the accident.

Although the identity of the containership was not disclosed in either report, other reporting points to the ship as being the Liberian-registered M/VTonsberg. AIS ship tracking data from MarineTraffic.com showed the Tonsberg as being underway from Cameroon to Cotonou, Benin, but apparently drifting (see AIS track below).

The ICC International Maritime Bureau (IMB) said in October that the number of piracy and armed robbery incidents in the Gulf of Guinea region fell to 28 incidents through the first nine months of this year, compared to 46 for the same period in 2020. Most notably, there were only four incidents reported off Nigeria through September, compared to 17 in 2020 and 41 in 2018.

Dryad noted that this latest attack occurred about 32 nautical miles northwest from where an offshore supply ship was attacked in October. Three people were kidnapped in that incident.