Pipeline Spill Could Impact Containerships Queued For Port Of LA 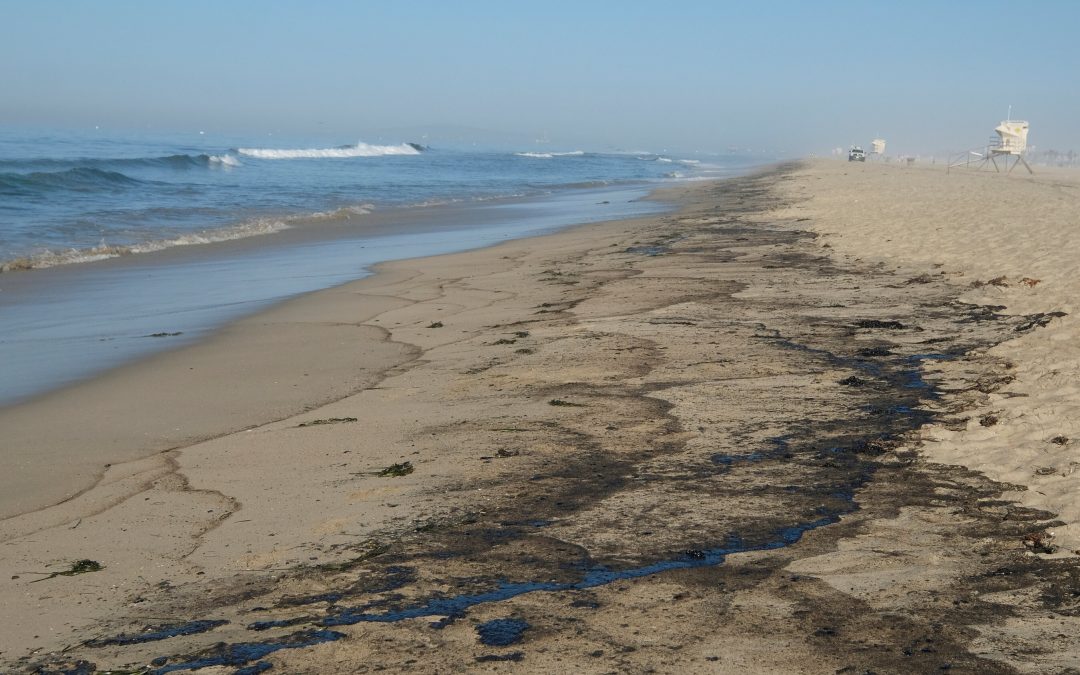 A pipeline breach about five miles offshore Huntington and Newport Beaches in California resulted in a spill of around 3,000 barrels of oil washing up along a large swathe of coastline with a  5.8 mile slick running down the coastline. The pipeline belongs to Amplify Energy.

The spill has not affected operations at the Port of LA but could impact some of the large number of vessels queued in San Pedro Bay waiting on berths.

“While some vessels waiting to come into San Pedro Bay may need to be cleaned, Port of Los Angeles operations and arrivals have NOT been impacted,” the Port of LA Tweeted on Sunday.

As of 2 October there were 61 containerships either at anchor or in drift areas in San Pedro Bay waiting to entering the Ports of LA and Long Beach. A further 20 vessels of other types were also waiting in the area.

The US Coast Guard said: “This response is currently a 24/7 operation and response efforts are scheduled to continue until federal and state officials determine that the response to the crude oil spill is complete.

“As of Sunday, a total of 1,218 gallons of oily water mixture have been recovered, nine boats were dispatched for oil spill recovery operations, three shoreline assessment teams have been dispatched and 3,700 feet of boom have been deployed.”