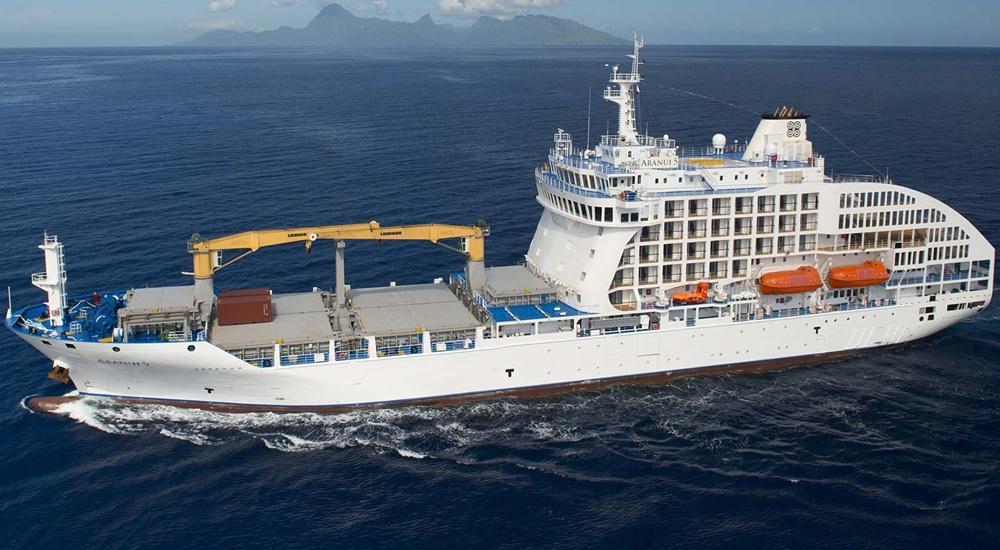 The unique cargo-passenger ship the Aranui 5 has become the latest vessel to have its service interrupted by the coronavirus. Operating 13-day trips from Papeete, Tahiti, to the Marquesas, Tuamotu and the Societe islands, the ship provides both a vital cargo service as well as a unique passenger cruise experience.

The ship was due to depart Tahiti on Saturday, September 26 with 79 passengers as well as cargo. Built in 2013, it has a capacity of up to 5,000 tons of cargo. The passengers for the cruise were tested for the virius the day before the cruise, while COVID-19 tests for additional passengers and the crew members were being conducted on the dock. Despite not having the results for last-minute tests, the company decided that the ship would depart.

The following morning, the captain shared the bad news with the ship. A total of seven crewmembers, including the captain, had reportedly tested positive for the virus. The Aranui 5 returned to Tahiti where all of the passengers left the ship. Local media reports said that the shipping line was attempting to locate replacement crewmembers and intended for the ship to resume its voyage carrying only the cargo. As of the end of day, September 30, however, the ship according to its AIS data remains at the dock in Tahiti.

Because of its vital role in transporting cargo to the remote Marquesas Islands, the Aranui 5 has continued operations during the pandemic, however, only carrying cargo. In mid-July when travel restrictions began to be lifted to Tahiti, the company carried their first passengers on a local cruise, and on August 8 resumed carrying passengers on the regular voyages to the Marquesas.

Aranui Cruises has been maintaining the vital trade service to the Marquesas since 1978. They expanded to start carrying passengers in 1984. In 2021, the company plans to again expand its operations introducing its first dedicated cruise ship.

Tahiti was among the first ports to resume cruise operations in July 2020. In addition to the trips on the Aranui 5, the small cruise ship the Paul Gauguin that is based in Tahiti also resumed service. However, during its first cruise with international passengers, the ship was forced to turn back to Tahiti when a passenger reportedly tested positive for the virus. The Paul Gauguin later resumed sailing on its cruises.