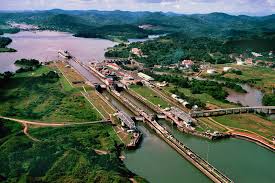 Average Panama Canal passage wait times for Asia-bound LNG tankers from the US Gulf Coast without reservations are up to 13 days, the Panama Canal Authority has reported.

The wait times for Asia-bound cargoes have increased since the delays began in earnest in late October, while they have decreased for cargoes headed in the other direction.

The ongoing constraints come at a time of surging export activity by the world’s third-largest producer of the super-chilled fuel based on capacity. Officials originally blamed fog, higher-than-average arrivals and additional safety procedures to prevent further spread of the coronavirus. In a statement to S&P Global Platts on Dec. 23, the Canal Authority cited the combination of global economic recovery and peak LNG season for the latest extended wait times.

“While the Canal currently maintains two booking (reservation) slots for LNG vessels per day, we frequently work to transit more vessels if the vessel mix that day allows, and and we have been able to transit three vessels on a given day, depending on the transit mix and operational conditions,” the Canal Authority said.

LNG vessels that arrive with reservations transit the Canal promptly. For those without reservations, the average waiting time as of late afternoon Dec. 23 was four days for vessels headed northbound to the Atlantic and 13 days for vessels headed southbound to the Pacific, the Canal Authority said. That compares with wait times in late October, according to market participants, of six to eight days for northbound transits and four to six days for southbound transits.

According to the Canal Authority, as of late Dec. 23, there were three non-booked LNG tankers waiting to transit, of which two were southbound and one was northbound. So far during the month, as of Dec. 23, the Canal has had 35 LNG transits, of which 11, or almost a third, have arrived without reservations.

“Waiting times are updated and sent to customers on a daily basis and can vary depending on factors such as vessel mix, transit restrictions, number of booked vessels, and weather,” the Canal Authority said.

A spokeswoman did not immediately respond to a request Dec. 24 for an update. An automated message said officials were not in the office due to the Christmas holiday.

Spot Asia LNG prices advanced a fourth day on Dec. 24. The Platts JKM for February was assessed 23.6 cents/MMBtu higher day on day at $11.811/MMBtu. The benchmark for spot LNG delivered to Northeast Asia had jumped above $12/MMBtu earlier in December, an almost sevenfold increase since JKM’s historic low on April 28 at $1.825/MMBtu.

The higher spot prices have incentivized a strong pickup in US LNG exports to Asia, which has been bolstered by a ramp in new export capacity. However, the long wait times for unreserved vessels at the Panama Canal have also forced many US LNG cargoes to sail eastward, avoiding the Canal altogether and adding a considerable cost to the overall voyage.

High tanker charter rates, in turn, was part of the reason for an increase in cancellations of US LNG cargoes scheduled to be delivered in February, compared with January.