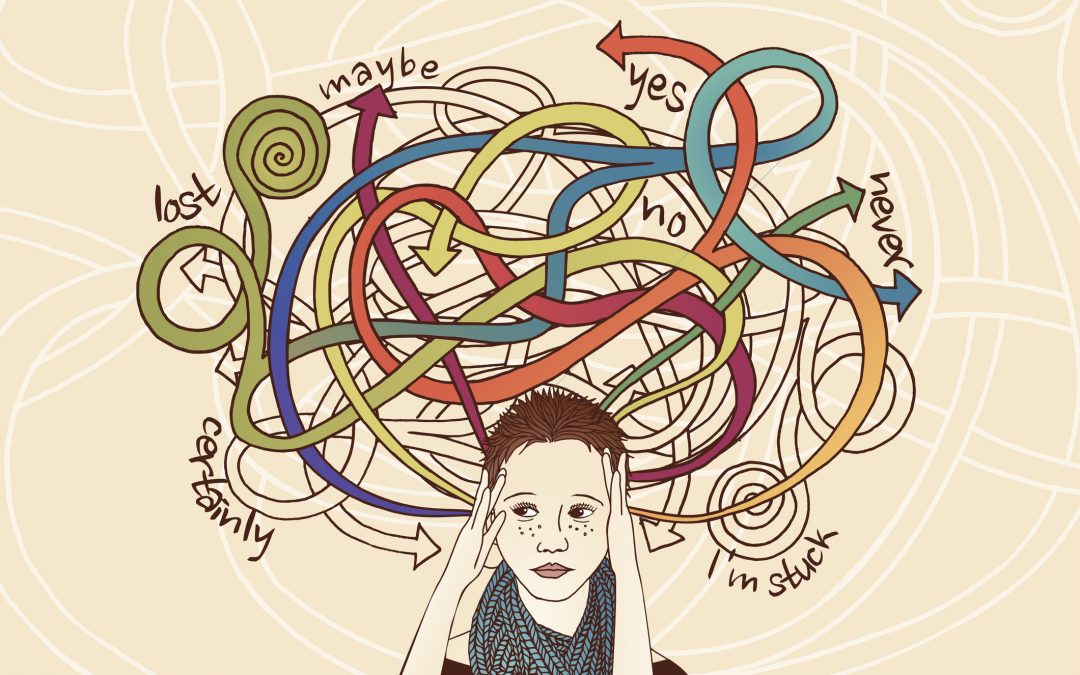 The human mind is made to sustain an ample amount of data and information and as creative as it can be, sometimes it can lead to indecisiveness and anxiety. The human mind can think of multiple possibilities for a certain situation. However, while some analyze, take decisions and leave the topic behind, there are others who are plagued with a constant barrage of thought.

It works according to the individual’s ability to absorb things, and thinking is simply the process of examining them. “Overthinking” implies dwelling on the same issue over and over again, which leads to waywardness that has a negative connotation. In general, every decision we make in life is influenced by our thoughts, whether positive or negative; it affects our personal, social, and professional lives.

These thoughts could be related to anything such as future uncertainty or insecurity, self-doubts, or past events. Constantly analyzing a particular circumstance can alter how one does things or sees things. So, why do we overthink every single thing?

I feel that overthinking is a sign of an unfulfilled need or desire. Our thinking is always influenced by the things we want and have. Expectations overwhelm us with demands while transforming them into reality takes real effort. Subsequently, when these desires are unmet, some dwell on what went wrong, whereas others accept and move on.

Overthinking is a disease where one is so indulged in his own world that he ignores reality and forgets to live in the moment. Overthinking involves more than just words. It is a phase during which one reacts based on his feelings. This may sometimes take him off the road altogether to more distressing or sorrowful situations. Ultimately, thinking way too much not only wreaks havoc on the mood of an individual but can also hamper the people around him.

Although many might feel that worrying or ruminating is somehow helpful, it paralyzes the mind by building another set of questions. What one thinks is what one believes, but it is not certain that whatever we think is always right!

Overthinking is the art of creating new problems out of ones that never existed in the first place!