Over 50 Palmali Seafarers Abandoned At Sea 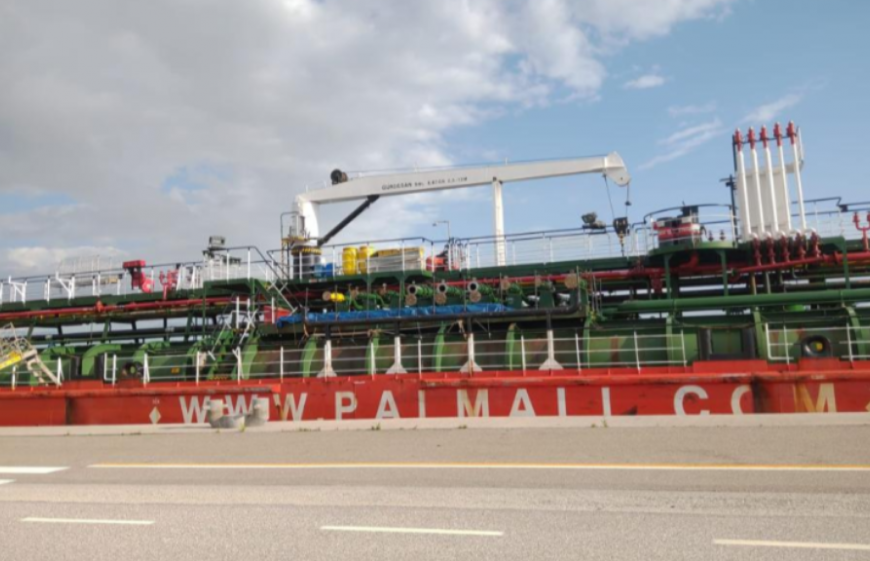 More than 50 seafarers remain trapped aboard vessels owned by a Palmali Group, which were put under the freeze, after its founder, Turkish billionaire Mübariz Mansimov Gurbanoğlu got arrested.

The billionaire is accused by Turkish authorities of colluding with the leaders of a failed 2016 coup d’état against President Recep Tayyip Erdoğan’s regime.

The International Transport Workers’ Federation (ITF) and its inspectors have been working on providing food, repatriation and fighting for the seafarers’ outstanding wages.

ITF Arab World and Iran network coordinator, Mohamed Arrachedi, said the Palmali abandonment cases were some of the worst he had seen.

In Istanbul, six ships owned by Palmali were abandoned at the port as the company went bankrupt.

The Lerik is one of the ships abandoned at Istanbul since May last year. The 10-strong crew joined had not been paid in the almost two years since they joined the ship, in 2019. The Lerik’s crew ran out of food for a period in early 2020 and were without power or lighting during parts of their ordea

“These people are absolutely desperate. They have been low on food and water. Some ships had so little fuel that they had to live in blackout with no lighting,” Steve Trowsdale, ITF’s Inspectorate Coordinator, said.

Gurbanoğlu’s jailing had complicated matters, as did regular changes in the P&I (insurance) responsibilities related to the ships, the ITF said.

“The issue of crew maintenance has been accentuated by the fact that during 2020, the P&I responsibility changed three times, with each one passing the buck onto each other, and in those instances in which a P&I intervened, they decided not to accept to maintain the crew,” said Trowsdale.

When there is a lack of responsibility taken by insurers and flag states, it often falls to port states – where the ships are docked to take action.

“Yes, there are significant costs involved,” said Trowsdale on Turkey’s responsibility to free and repatriate the crews. “The ships have to be fuelled and maintained in these ports. Watch keepers need to be found. Turkish authorities may have been hesitant to pay for the maintenance of ships owned by someone they regard as a ‘traitor’: but seafarer welfare has to be above politics.”

In contrast to refusals by Turkish authorities to support crews in their harbours with food, fuel and repatriation; seafarers have been treated considerably better on Palmali ships stranded in Italian ports.

For example, the Gobustan was abandoned in Ravenna when Palmali collapsed. From July 2020 the crew were stranded for four months.

The ITF negotiated with the port, the insurers and other parties, and the crew of 13 were able to travel home at the end of September.

The Gobustan’s crew gave their proxies to ITF lawyers to fight for unpaid salaries from the eventual sale of the ship. While the battle for wages continues, the ITF expects the seafarers to receive at least a share of their outstanding wages in due course, said Trowsdale.

“In the meantime, they have been home and able to get on with their lives. We want that for all the seafarers affected by Palmali’s collapse from Day One,” he said.

Twelve seafarers still remain on vessels abandoned at the Port of Oristano, with nine seafarers on the Khosrov Bey and three on the General Shikhlinsky, they continue to receive support from ITF Inspector Livia Martini.

In total, over $3.2 million is still owed to seafarers once employed across 12 of Palmali’s ships. This includes those trapped on ships, and those now safely at home.

The money is essential for seafarers and their families in the Covid-era, where recessions rage back home and families often have accumulated debt in the absence of their main breadwinner’s income.

Based on information from the ITF and the International Labour Organization, Bloomberg produced this table:

While seafarers remain trapped on ships in Turkey and Italy, the crew of the Captain Nagdaliyev were released from their imprisonment by Lebanese authorities this week.

Taking matters into their own hands, four seafarers aboard the tanker announced their hunger strike with an email to government agencies, copying in the ITF.

While some of the crew had been permitted repatriation, Lebanese authorities consistently blocked Captain Nabiyev and three other seafarers from leaving the ship, as is their right.

After 10 months trapped aboard the Captain Nagdaliyev, this week the crew finally headed home.

ITF President Paddy Crumlin describes the global shipping industry as similar to the ‘dark web’ of the internet due to low accountability.

The frustrating reality of this ‘dark web’ is laid bare when shipping companies go broke and seafarers are left with nothing.

At the heart of the problem is the flags of convenience system.

For example, Palmali’s ships are registered in Malta, despite the fact the company has primarily been based in Turkey. This means that regulations are imposed and checked by a country (Malta) with limited power over the ships.

Malta is actually one of the more responsible flags of convenience states, according to ITF Inspectorate Coordinator Steve Trowsdale. But the number of ships registered there is disproportionate to the size of the country. And Malta’s resources are limited for regulating crew wellbeing, he said.

Trowsdale said if we got rid of flags of convenience — something ITF has advocated for many years — then a country’s fleet would be proportionate to its trading size and so it could bear the cost of proper regulation. Checks could be made on the quality of insurance that ship owners buy, for example, he said.

“That would mean speedy payouts if ships are abandoned, ensuring seafarers can get paid and they can get home quickly. Palmali has shown that seafarers are being left to languish with neither their freedom nor their wages.”