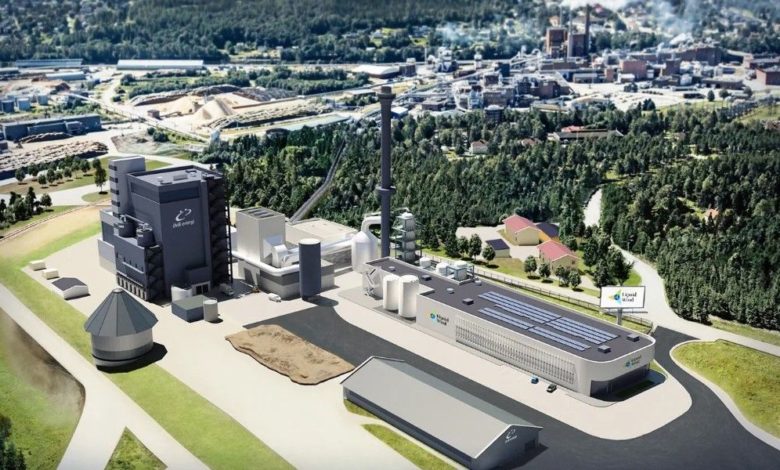 Danish power company Ørsted has announced plans to acquire a minority stake in what could become one of the world’s first large-scale e-methanol projects.

Under the agreement, Ørsted will acquire 45% stake in Liquid Wind AB’s FlagshipONE project, one of several across Sweden aimed at decarbonizing the maritime sector. FlagshipONE is set to be the first.

Ørsted said its investment in the project is a testament to its strategy of becoming a leading provider of green fuels and renewable hydrogen.

FlagshipONE will have an electrolyser capacity of around 70 MW and is expected to produce 50,000 tonnes of e-methanol per year based on renewable hydrogen and biogenic CO2. The electrolysis producing the hydrogen will be powered by onshore wind, and the biogenic CO2 will be captured from the Hörneborgsverket combined heat and power plant in Örnsköldsvik, Sweden, where FlagshipONE will also be located.

Ørsted and Liquid Wind AB expect to commission FlagshipONE in 2024, subject to final investment decision, which could happen as soon as 2022.

“Ørsted has set the clear strategic ambition of building a global leadership position within renewable hydrogen and green fuels, and our investment in FlagshipONE is a clear proof of our commitment to this ambition,” said Martin Neubert, CCO and Deputy Group CEO of Ørsted. “Like we did with offshore wind, we are at Ørsted ready to be a driving force in maturing the green fuels industry, where we can play a significant role in decarbonising hard-to-abate sectors like maritime transport.”

“The interest from Ørsted shows how far Liquid Wind has come and is further evidence for the importance of electro-fuel,” said Claes Fredriksson, CEO and Founder of Liquid Wind. “Our green fuel will become a dominant fuel for true decarbonisation in the hard to abate shipping sectors, reducing CO2 emissions with more than 90 %. FlagshipONE is the first facility, and it’s Liquid Wind’s ambition to significantly scale up the number of facilities across the world by 2050.”

E-methanol, or green methanol, is an ultra-low carbon chemical produced from sustainable biomass (called bio-methanol) or captured carbon dioxide and hydrogen produced from renewable electricity, according to the Methanol Institute. It’s emerging as a promising potential fuel to help the maritime transport decarbonize as the International Maritime Organization pursues regulations to cut greenhouse gas emissions from shipping by 50% by 2050, compared to 2008 levels.

The world’s second largest container shipping company, Danish-based Maersk, has on order 12 large containerships that are set to become the first of their kind to be powered by carbon neutral e-methanol.