OPEC+ Focuses On Overproduction Despite Optimism Over Demand Recovery 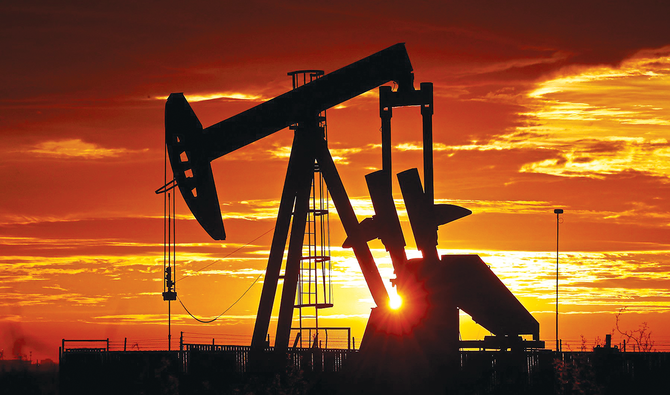 With Brent prices within spitting distance of $60/b and Saudi Arabia shouldering an extra load of production cuts, OPEC+ ministers concluded a speedy monitoring committee meeting on Feb. 3 with an upbeat assessment of the oil market.

Oil inventories have declined for five straight months, and the continued progress in developing and deploying coronavirus vaccines offers hope for the global economy, the OPEC+ Joint Ministerial Monitoring Committee said in a post-meeting communique, making no recommendations for any changes to the alliance’s production cut accord.

“While economic prospects and oil demand would remain uncertain in the coming months, the gradual rollout of vaccines around the world is a positive factor for the rest of the year, boosting the global economy and oil demand,” the JMMC stated. “The committee reminded all participating countries to remain vigilant and flexible given the uncertain market conditions, and to stay on the course, which has hitherto reaped rewards.”

Crude oil has been on a bull run that has seen Brent prices surge 60% since the beginning of November.

The JMMC meeting, which wrapped up in an hour and a half, displayed none of the acrimony that has marred OPEC+ quota negotiations over the past few months, when some countries, led by Russia and the UAE, lobbied for a faster lifting of production caps, countered by Saudi Arabia, Algeria and others wary of rising COVID-19 infection levels worldwide.

The committee’s decision to endorse the status quo punts potentially thorny talks over future quotas to the alliance’s next full meeting March 4.

“It was a very quick meeting because we had nothing to discuss in particular,” one delegate told S&P Global Platts on condition of anonymity. “In March, it will be certainly different.”

OPEC, Russia and eight other oil-producing allies are gradually easing their historic 9.7 million b/d of output cuts instituted during the worst of the coronavirus crisis in 2020. For January, the cuts rolled back to 7.2 million b/d – roughly 7% of pre-pandemic demand.

In February and March, Russia and Kazakhstan have been given special dispensation to slightly increase their quotas, while all other members hold their production steady.

Saudi Arabia, most eager among the coalition to defend prices, has said it would voluntarily make an extra 1 million b/d cut through March, a move applauded by the JMMC as “exemplifying its leadership, and the need for a flexible and pre-emptive approach.”

The delegate told Platts that OPEC+ members are expecting another loosening of quotas in April, “if we are not surprised by the evolution of the market.”

The alliance has loosely targeted a tapering of the cuts to 5.8 million b/d by mid-year.

The JMMC, the alliance’s key advisory committee, met virtually to track quota conformity levels for December, which it said stood at 101%, and review market scenarios.

Despite the overall strong compliance, Russia and Saudi Arabia, the co-chairs of the JMMC, urged member countries to fully deliver on their pledged cuts, specifically on compensation cuts owed for previous overproduction.

While Nigeria was lauded for its improved performance – largely due to a mid-December fire at the Qua Iboe terminal that knocked out production — Iraq and Kazakhstan were called out during the meeting.

“I also hope that Iraq will finish this procedure soon and we will organize a big celebration on this occasion. Let’s also not forget about Kazakhstan,” Saudi energy minister Prince Abdulaziz bin Salman said in his opening speech.

According to OPEC+ data reviewed by the committee and seen by Platts, cumulative overproduction volumes by the group total 2.68 million b/d from May to December 2020.

The data also shows that Russia is the biggest quota buster with cumulative overproduction of 719,000 b/d by December. But it has largely been given a pass for its violations, given its market size and influence within OPEC+, sources have told Platts.

Iraq and South Sudan are the next biggest offenders overshooting quotas by 626,000 b/d and 397,000 b/d respectively in the period, the data shows.

Alexander Novak, Russia’s deputy prime minister and head of OPEC+ delegation, noted growing optimism in the market over vaccine rollouts and the resurgence of economic activity around the world.

Consequently, stocks in OECD countries fell for the fifth consecutive month in December, the JMMC said.

However, Novak also urged OPEC+ members to keep its discipline with oil production “for the good of the balanced market.”

“We need to pay special attention to the dynamics of oil production of major producers that are not part of our joint actions,” Novak said, potentially referring to the US.

The OPEC+ alliance remains wary of rising rig counts in the US and renewed lockdown measures in China, the UK and other countries still grappling with the pandemic. The alliance may also have to consider how to accommodate the potential return of Iran to the oil market, if the US grants sanctions relief, though no talks between the two sides appear imminent.

“I think it will get tricky in the coming months,” a delegate said.