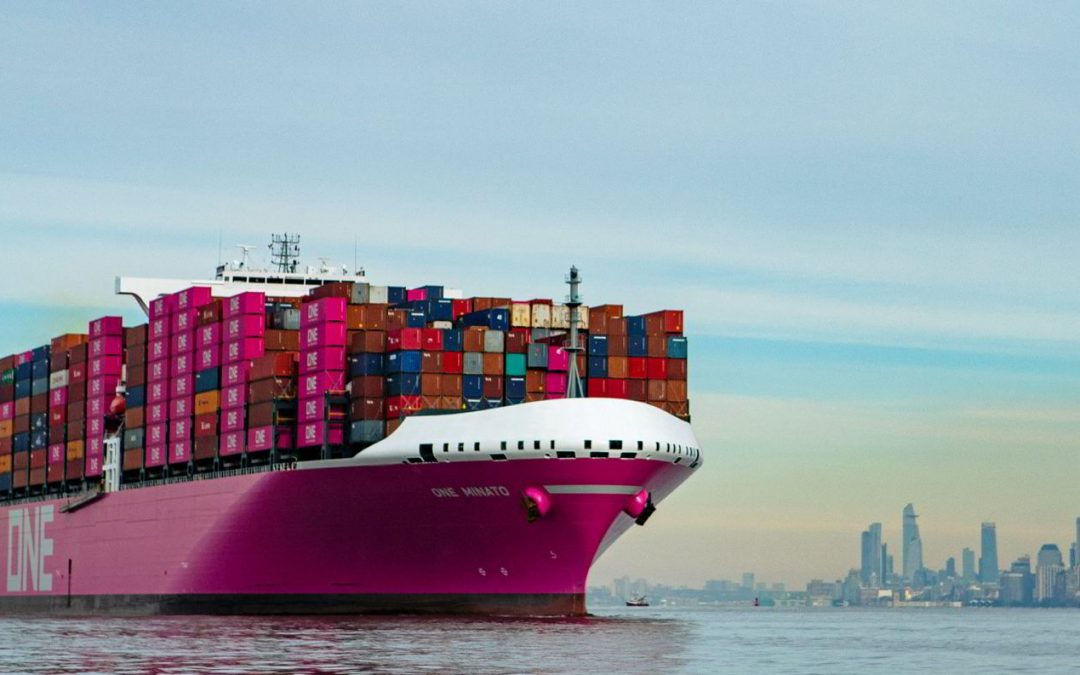 The Ocean Network Express (ONE) Madrid Bridge lost around 60 containers overboard with a further 80 damaged.

The 13,900 teu Madrid Bridge suffered a container collapse on 7 January in the North Atlantic while bound for New York as part of its EC4 service.

Based on initial investigations the container line said that around 60 containers had been lost overboard in the collapse and 80 units damaged, and numbers could be updated based on further investigations.

The vessel is now sailing to the US East Coast and is planned to call at the Port of Charleston where a detailed assessment of damage will be made.

The 2018-built vessel is managed by K Line and P&I insurer for the vessel is the Japan P&I Club according to the Equasis database.