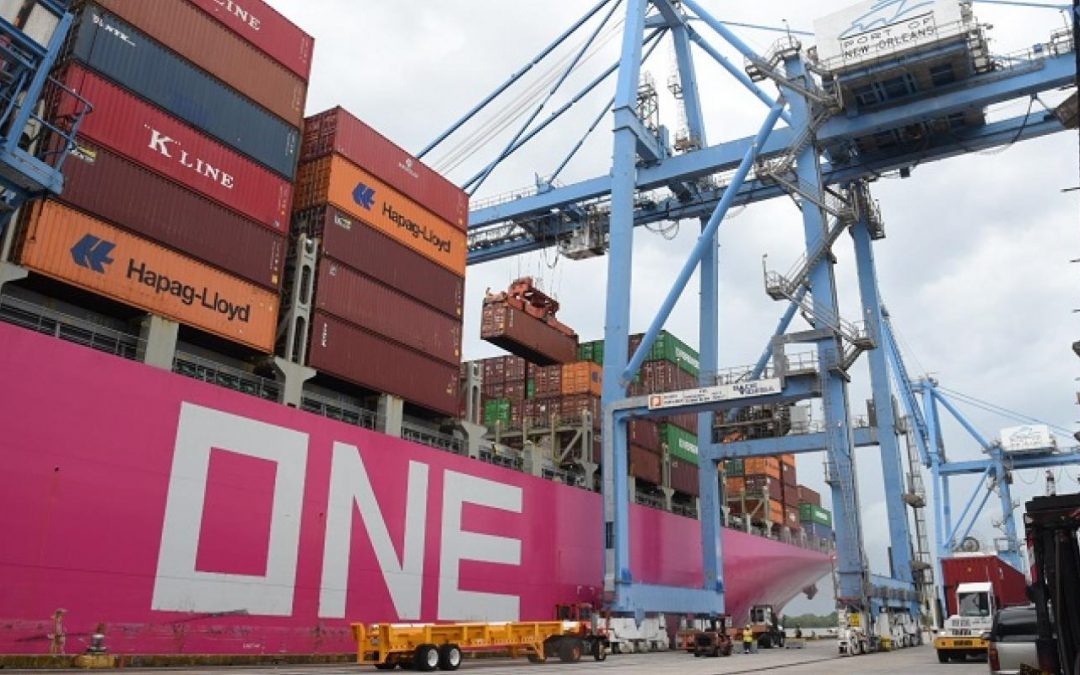 THE Alliance and Evergreen launched their new Asia-US Gulf service with the inaugural sailing of the ONE Modern calling on Port New Orleans (Port NOLA) last Monday.

The new service expands New Orleans’ direct connectivity with Asian markets for importers and exporters, adds a new direct port of call to Kaohsiung in southern Taiwan, and offers additional options for customers.

“This new direct-Asia service highlights the industry’s continued investment in the New Orleans market and the importance of the Louisiana gateway’s connectivity to Asia. We are excited that our partners at Hapag Lloyd, ONE, HMM, Yang Ming, and Evergreen are committing to this service and increasing access between the U.S. Gulf and the global market,” said Port NOLA President and CEO, Brandy D. Christian.

The new service will be handled by terminal operator Ports America at the Napoleon Avenue Container Terminal.

“At a time when the West Coast is operationally under great pressure and shippers are increasingly looking at the carbon intensity of their logistics routing, it is exciting that ONE and the Port of New Orleans has a new weekly direct service connection with Asia,” said Jeremy Nixon, CEO of Ocean Network Express (ONE).

Port NOLA is currently in the process of a $100m expansion project at the Napoleon Avenue Container Terminal that will increase capacity to 1m teu.

The port also is in the due diligence process for a $1.5bn multimodal container terminal with a 2m teu capacity to serve the largest container vessels calling in the Gulf of Mexico.