One Killed, Four Burned in December At Bangladeshi Shipbreaking Yards 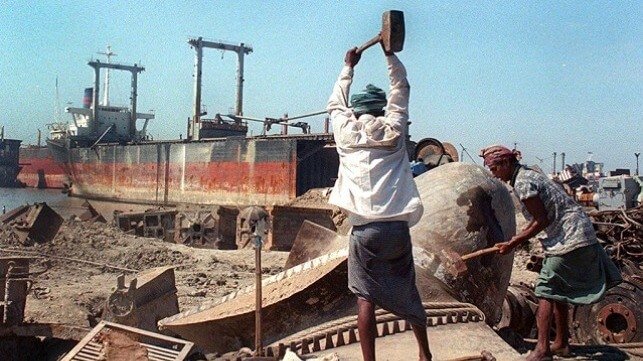 The shipbreaking industry in the Chattogram area of Bangladesh continues to experience a high number of workplace accidents. In December 2021, reports indicate that one worker was killed and others were burned at the yards. This comes as independent organizations continue their calls for more government action and stricter enforcement of safety regulations.

The most recent incident happed on December 25 when a fire and explosion occurred at one of the yards in the region. The Business Standard reports the fire happened at the Jamuna Ship-breaking Yard in Sitakunda upazila of Chattogram. The accident occurred while the workers were cutting at the shipbreaking yard.

Local fire officials told the newspaper that they received reports of the fire at around 10:00 a.m. on Christmas Day. They reported that three fire teams went to the yard but by the time they reached the scene the shipyard had extinguished the fire and was conducting the rescue.

At least four workers were burnt in the fire, with four individuals being taken to the hospital for treatment. Two of them remain in critical condition and were taken to a specialized burn facility. The other two were treated and released from the hospital.

Earlier in December, there was a fatal accident at another yard. The Business Standard reports that a worker was killed after being hit by an iron sheet at NB Ship Breaking Yard in the Sitakunda upazila region of Chattogram.

December’s accidents came after what NGO Shipbreaking Platform, an independent watchdog organization seeking reform in the industry, called the deadliest ever quarter for the shipbreaking industry in Bangladesh. “During the months of August and September, sixteen accidents caused the death of eight shipbreaking workers and severe injuries to eleven,” the NGO wrote in its most recent report on shipbreaking in Southeast Asia. They said all the deaths and injuries in the industry during the third quarter of 2021 occurred at the yards in Bangladesh.

NGO Shipbreaking Platform continues to urge government action noting that 72 percent of the world’s ships being scrapped are currently going to the yards in Southeast Asia. According to data from Bangladesh’s Department of Inspection for Factories and Establishments, Bangladesh Ship Breakers and Recyclers Association, and the Department of Environment, there are 150 registered ship breaking yards in the country with 50 of them operating year-round and employing more than 25,000 people.

The Department of Inspection for Factories and Establishments says that a total of 156 workers were killed in the shipyards over the past decade. This year alone, they have recorded 13 deaths at the yards. Government data indicates on a range between 10 and 22 people a year are killed at the breaker’s yards. They did not publish data on the number of individuals injured at the yards.