Odyssey Of The Seas Skips Planned Stops On Covid Outbreak 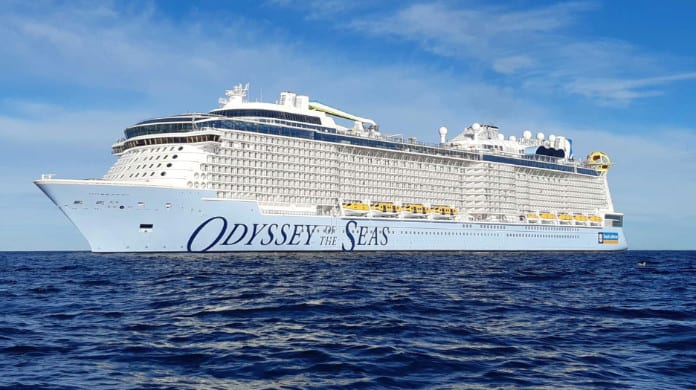 Royal Caribbean Cruises diverted a ship from planned stops in Curacao and Aruba after cases of Covid-19 broke out on board, the second such report in less than a week.

The Odyssey of the Seas has 55 confirmed positive cases among guests and crew members, amounting to 1.1% of the total number of people on board, the cruise company said Thursday. All of the cases involve fully vaccinated people who reported no symptoms or mild symptoms.

The company has also identified close contacts and placed them in quarantine before testing. The ship sailed with 95% of the people on board fully vaccinated. On Dec. 19, another Royal Caribbean ship arrived in Miami after an outbreak.

“The decision was made together with the islands out of an abundance of caution,” Lyan Sierra-Caro, a company spokeswoman, said in the statement.

The fast-spreading omicron variant is complicating the cruise industry’s attempt to recover from last year’s shutdowns. As the pandemic spread in early 2020, some countries refused to let exposed passengers disembark at ports. Competitor Carnival Corp. this week predicted a return to profit in the second half of 2022.

Odyssey of the Seas has no more scheduled ports of call and will have “sea days” until its scheduled return on Dec. 26 to Fort Lauderdale, Sierra-Caro said.

Royal Caribbean requires pre-cruise testing for all guests, weekly testing of all crew members, and vaccinations for all crew and guests age 12 and older, among other safety measures, the company said.