Ocean Carriers Push Back On White House’s Scrutiny Of Pricing 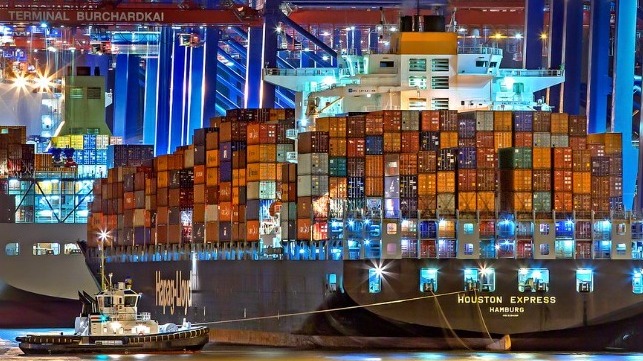 Ocean carriers are pushing back against the White House’s push to scrutinize pricing power in the container shipping industry.

Last week, as part of a broad executive order targeting anticompetitive business practices, the Biden administration called for the Federal Maritime Commission to use its enforcement powers to crack down on excessive detention and demurrage charges. This effort is already well under way: FMC has been investigating these charges since the previous administration, and several of its members have already signaled an intent to take enforcement action.

More troubling for liner companies was the White House’s rhetoric: the order characterized the ocean freight industry as a highly concentrated, anticompetitive sector. “The global container shipping industry has consolidated into a small number of dominant foreign-owned lines and alliances, which can disadvantage American exporters,” President Joe Biden wrote.

An accompanying White House fact sheet noted that the top ten shipping lines held just 12 percent of global market share in 2000. The composition of the group has changed over the intervening years, and so has the level of concentration: The top ten now handle about 80 percent of the world’s containerized cargo, “leaving domestic manufacturers who need to export goods at these large foreign companies’ mercy,” the administration asserted.

The White House order comes against a backdrop of skyrocketing freight rates on core Asia-U.S. routes, with Drewry’s Shanghai-to-LA index setting a new record at nearly $10,000 for a forty-foot box last week. Anecdotal reports suggest that some shippers are paying $15,000 or more to get their cargo on board with a prompt loading at Chinese ports. U.S. importers and consumers have historically enjoyed far more affordable shipping rates below $1,500 per FEU, and the new surge in cost is one of the factors driving America’s rising rate of inflation.

The World Shipping Council, which represents the ocean freight industry, sought to push back on the concept that the rate spike is somehow connected to concentrated market share. WSC noted that all available vessel capacity is deployed, the largest U.S. seaports are saturated with cargo and importers are struggling to unload and turn around containers – all because of a “huge and sustained increase in U.S. imports.” It pointed to recent developments that indicate the functioning of a competitive ocean freight market, like new entrants, new services and massive vessel orders to increase supply.

“The current supply chain disruptions are the result of an historic surge in demand by Americans for goods from overseas. There is no market concentration ‘problem’ to ‘fix,’ and punitive measures levied against carriers based on incorrect economic assumptions will not fix the congestion problems. Only normalized demand and an end to COVID-related operational challenges will solve the bottlenecks in the supply chain,” said WSC president and CEO John Butler. “This is not the fault of any given supply chain actor. Supply chains simply cannot efficiently handle this extreme demand surge, thus resulting in the delays, disruptions and capacity shortages felt across the chain.”

Rising rates are also drawing scrutiny in Europe, where shippers are now paying more than $12,000 per FEU for containers from Asia. Drewry has forecast a spike to nearly $20,000 in some lanes as peak season approaches. Last week, a spokesperson for the European Commission told Bloomberg that the EC is “closely monitoring” the shipping industry and is looking into “any scope for intervention that can facilitate return to normal operations.”