NYK Participates in Discussions on Reducing Ship Emissions to Zero 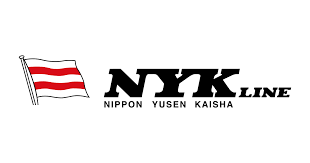 The NYK Group recently introduced its efforts toward zero emissions from ships at two lively conferences to deepen cooperation with domestic and overseas companies for the decarbonization of ships.

On October 13, Yasushi Yamamoto, deputy general manager of NYK’s Technical Group, presented at a seminar held by the Nagoya Chamber of Commerce & Industry on the theme of “NYK’s efforts to reduce CO2 emissions.” Yamamoto introduced NYK’s decarbonization efforts, including its participation in the DecarbonICE project* and trends in the shipping industry toward GHG (greenhouse gas) emission reduction.

At the second symposium of the Green Ammonia Consortium (GAC)** on October 14, discussions were segmented into three sessions: commercialization, systems/policies, and technological development for the utilization of CO2-free ammonia.*** Toshi Nakamura, senior general manager of NYK’s Green Business Group, participated as a moderator of the commercialization session. In this session, the implementation of ammonia fuel was discussed, and a wide range of voices were heard from panelists representing six domestic and overseas companies regarding the construction of a supply chain, including a large-scale production system, utilization of ammonia as fuel, and financial support for related projects.

The NYK Group is making efforts to create next-generation green businesses to realize decarbonation and the company’s basic philosophy of “Bringing value to life” to contribute to the betterment of societies.

In accordance with the NYK Group’s medium-term management plan “Staying Ahead 2022 with Digitalization and Green,” the group is working to achieve the SDGs through its business activities, and this approach is one of the group’s initiatives.

DecarbonICE project
An international project to study technology for capturing carbon dioxide (CO2) on board, converting it into dry ice, and storing it in seafloor sediments. NYK announced its participation in December 2019.

CO2-free ammonia
One way of producing ammonia without generating CO2 is through the use of CO2-free hydrogen created by renewable energy. A second way is by using natural gas or coal with carbon capture and storage. CO2-free ammonia synthesis is technology for synthesizing ammonia using such CO2-free hydrogen and is expected to be used as a fuel and as an energy carrier for hydrogen.