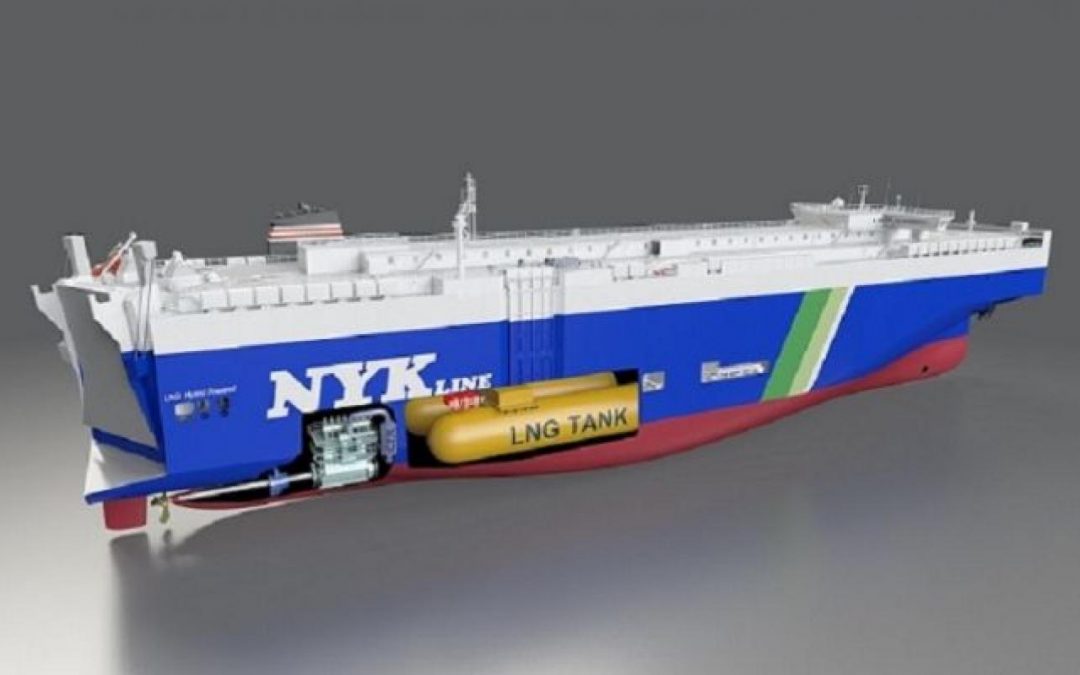 The 7,000-unit car capacity newbuildings are scheduled to be delivered from 2022 to 2023 to transport vehicles mainly to/from Europe and/or to the Middle East. Financial details of the deal were not disclosed.

“Concluding this shipbuilding contract for these four vessels is in line with NYK’s plan to replace current vessels with around 40 newly built LNG-fueled PCTCs over the next decade to achieve NYK’s environment management target, which is to reduce carbon dioxide (CO2) emissions per tonne-kilometre of transport by 50% by 2050,” NYK stated.

“NYK aims to further advance to zero-emission vessels utilising low-emission marine fuels such as hydrogen and ammonia from around the mid-2030s.”

On these vessels, WinGD’s X-DF2.0 iCER (Intelligent Control by Exhaust Recycling) main engine will be utilised for the first time in the world. This engine consumes less gas and reduces greenhouse gas (GHG) by cutting methane emissions from exhaust gas by approximately 50%. Further, the vessels will be equipped with battery hybrid technology, which will improve fuel efficiency by mitigating main engine and electrical generator load fluctuations through the support of batteries.

The use of LNG fuel, together with these new technologies and other developments such as hull modification, will contribute to a reduction of sulphur oxide (SOx) emissions by 99% compared to ships powered by heavy fuel oil. Likewise, nitrogen oxide (NOx) emissions will be cut by 96%, and CO2 emissions by approximately 40% or more.