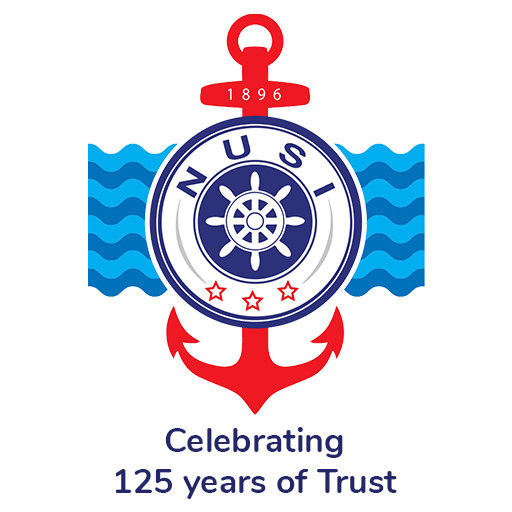 The Economic Offenses Wing (EOW) of the Mumbai police has registered an FIR against the secretary of the National Union of Seafarers of India (NUSI) for allegedly siphoning off money collected in the name of provident fund, social allowance and welfare funds from the salaries of 1.6 lakh Indian seafarers working on foreign ships.

Instead of spending the money on sailors’ welfare, the accused allegedly used it for personal gain. The union is also accused of depositing welfare and provident funds of seafarers with a private trust and not with the government of India, the police complaint stated.

The general secretary of the Union Abdul Gani Yakub Sarang and others have been booked in ₹10 crore cheating case, EOW officials said, adding that the fraud amount may increase as the investigation progresses. Sarang did not respond to phone calls and messages.

Akshay Birwadkar, 33, secretary of the Forward Seamen’s Union of India (FSUI) is the complainant in the case. FSUI and the National Union of Seafarers of India (NUSI) are two registered unions with lakhs of seafarers as members in India.

According to the police complaint, foreign shipping companies hire Indian seamen via manning agents to work on their ships. NUSI, which has an office in Ballard Estate, is associated with International Transport Workers Federation (ITF). The seafarers who work on cargo ships get their salaries as per the rules laid down by ITF and International Maritime Employers’ Council (IMEC) and the deduction from their salaries is done as per the laws of their respective countries.

As per the FIR, the office bearers of NUSI for the past many years allegedly deducted ₹2,500 as provident fund, social allowance and welfare funds from the salary of 1.6 lakh Indian seafarers working on foreign ships by violating various rules and regulations.

The police complaint alleged that the accused siphoned off the money by keeping the thousands of seafarers in dark and cleverly mentioned it in the collective bargaining agreement.

NUSI was deducting ₹2,500 per month from the salaries of seafarers under the pretext of social allowance and was depositing the same with the NUSI-ITF Trust, which as per the complaint, is a private trust established by NUSI.

“NUSI also deducts $48 from the salaries of seafarers under the name of training support, employment promotion fund and NUSI welfare scheme. But it is seen that this money was also siphoned by the accused persons,” the complainant said in his statement.

EOW’s general cheating unit has registered a case under sections 409 (criminal breach of trust by public servant, or banker, or merchant or agent) and 34 (common intention) of the Indian Penal Code against Sarang, who is looking after the functioning of the union as executive general secretary since 2002, and others.

The police have registered the case after carrying out a preliminary inquiry and finding substantial material to lodge a criminal case in the matter.

Complainant Birwadkar from FSUI said, “The accused Abdul Gani Yakub Sarang just a day before the FIR is lodged in the matter, has resigned from the posts of general secretary and treasurer of NUSI.”

The complainant side has claimed that the scam is worth thousands of crores and linked to Karachi-Pakistan, however, the police are verifying if the allegations have any truth.