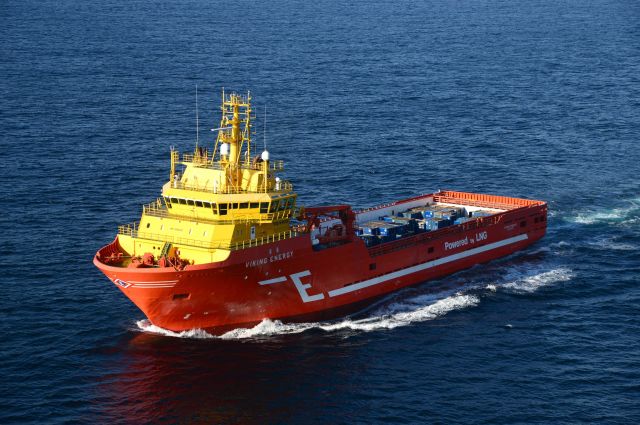 The maritime industry is looking into the possibility of making shipping emissions-free with the help of the fertilizer raw material ammonia. The new technology is being tested, and if the researchers succeed, the bonus will be increased profitability and more space on board.

In a new project named Aegir, SINTEF researchers will use their years of experience with fuel cells and hydrogen research to provide shipping with an emissions-free fuel alternative. Hydrogen is well suited for land-based transport, and some ships can also work well with pure hydrogen in the tank. But if we wanted to travel between the continents with pure hydrogen, it would require such large tanks that there will be little room for the cargo.

From agriculture to shipping

Traditionally, ammonia is used to ensure farmers’ access to fertilizers. We get ammonia by combining nitrogen and hydrogen, two elements that are found in abundance on earth and which have a well-established infrastructure for production and transport. In other words, much is already available for the production of ammonia as fuel. But before ammonia can propel the propellers, the hydrogen must be released and converted into electrical energy on board the vessel [unless the ammonia is consumed directly in a diesel-cycle engine – ed.].

Last year, it became clear that Viking Energy will be the first offshore vessel to run on ammonia. In this vessel, ammonia is converted to electrical energy by means of a ceramic high temperature fuel cell (SOFC). This method is currently a bit more expensive and requires more space when compared to the alternative the Aegir project will explore.

New solution with two fuel cells and a membrane

However, the Aegir project will combine two types of fuel cells and one membrane into one combined system. The ammonia must initially be decomposed by means of a ceramic high-temperature fuel cell (SOFC). When the compound is broken down, the hydrogen must be separated by means of a membrane that only lets hydrogen through in the form of protons. These are converted to very pure hydrogen gas, which is then converted into electrical energy by means of a highly efficient PEM fuel cell.

In this way, the researchers believe that they can deliver a solution that will be both cheaper and more space-saving for shipping so that there will be more space for cargo. If they succeed, it will make it less costly for the shipping industry to drop fossil fuels in favor of emission-free ammonia.