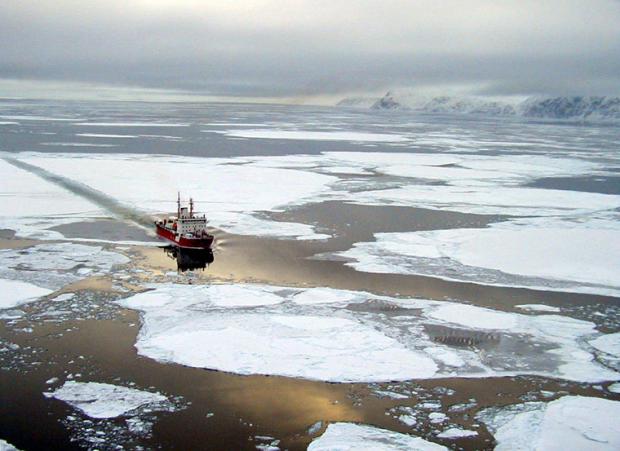 Ambitious plans for a team of experienced blue-water rowers to cross the 2,300 mile Arctic route between the Atlantic and Pacific Oceans were unveiled in a Maritime London webinar this week.

Expedition leader Leven Brown outlined how an international team of 15 rowers would be attempting to navigate the entire length of the Northwest Passage – a feat he dubbed ‘The Last Great First’ – in entirely self-sufficient mode, without any back-up vessels or aerial assistance.

Three custom-designed craft will carry all the expedition’s equipment and supplies without touching land, documenting the trip and measuring ice conditions and ocean pollution they encounter in order to assist with environmental research. Talks are underway with the BBC, Netflix and Discovery Channel for broadcast rights.

Historically, numerous attempts to navigate the Northwest Passage have ended in failure, notably Sir John Franklin’s expedition with two ships in 1845 where all 134 lives were lost. Leven acknowledged that the trip today still held dangers, including possible attacks by polar and grizzly bears, with navigation by small craft only made possible by the effects of climate change.

The 9ft self-righting and insulated boats, made out of Kevlar with up to three rowing positions, have been specially designed for the Arctic conditions by naval architect Ruairi Grimes together with survival expert Brown – based on Brown’s Talisker Atlantic Challenge- winning design (pictured above) but modified to be lighter, more enclosed and insulated – with technical assistance from Maritime London member Solis Marine Consultants.

Various sponsorship opportunities for the expedition are available, with the team in particular seeking assistance in delivering their boats to the start point in Pond Inlet, Canada, by August this year. The trip had originally been planned for this summer but was postponed at the request of the Canadian authorities on account of the pandemic.