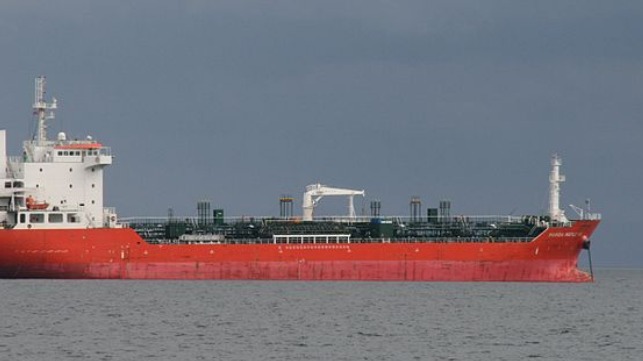 The Nigerian National Petroleum Corporation (NNPC) has confirmed an explosion aboard a tanker used for floating storage in the Oil Mining Lease 40 (OML 40) region in the Niger Delta.

The product tanker Harcourt is moored near Jakpa in the Niger Delta, and it is in use by NNPC and independent Nigerian energy company Seplat Petroleum for oil storage for the new Gbetiokun field. According to a spokesperson for NNPC, the blast caused “significant damage” to the vessel, and it will affect production at the field’s early production facility by about 10,000 barrels per day.

Kennie Obateru, NNPC’s general manager for public affairs, said in a statement that there were no fatalities or injuries and no significant pollution from the incident.

The Gbetiokun onshore field was first appraised in the early 1990s, but it was not developed until Eland Oil drilled the first development wells in 2018-19. Its initial production is handled via an early production facility, with export via marine transport using the Harcourt for storage and transfer.