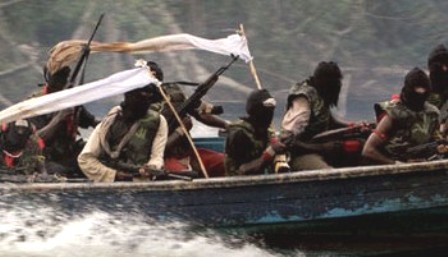 A Nigerian court made the first convictions under a new anti-piracy law, giving hope to the world’s shipping fleets that legal reforms will help stem rising attacks in the Gulf of Guinea.

The three men fined by the court in Port Harcourt, Nigeria’s oil hub, on Tuesday were among nine accused of hijacking the tanker MV Elobey VI off Equatorial Guinea in March and securing a $200,000 ransom for the crew.

The merchant shipping industry has long pressed Nigeria to take action in the area, which has been dubbed “pirate alley.”

It accounts for over 90% of maritime kidnappings globally, according to the International Maritime Bureau (IMB), with attacks on everything from oil platforms to fishing vessels.

The court fined the three men convicted 10 million naira ($26,300) each for each of the two counts of piracy to which they pleaded guilty.

The remaining six pleaded not guilty and their trial continues.

Nigerian navy spokesman Commodore Suleiman Dahun said the convictions were the first conviction under the law, passed last year to make it easier to prosecute pirates.

He said the fines were levied in lieu of prison sentences.

While the Gulf of Guinea spans more than a dozen West African countries, experts say the pirates typically come from Nigeria’s oil-rich but poverty-stricken Delta region.

A total of 49 crew were kidnapped in the Gulf in the first half of this year, compared with 27 last year, according to IMB figures. It said attackers were also going further out to sea.

“We need to change the risk-to-reward ratio…,” IMB Director Michael Howlett said last month. “Without an appropriate and proportionate deterrent, pirates and robbers will get more ruthless and more ambitious.”