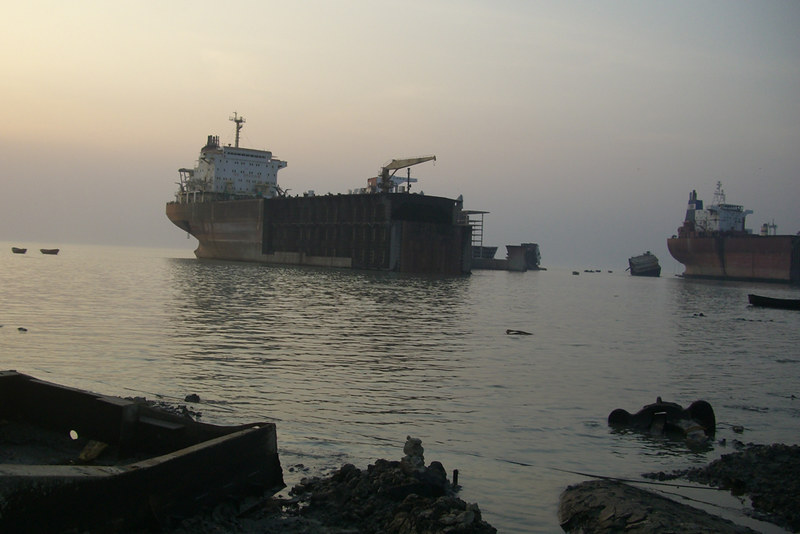 A few weeks ago, seven separate accidents that killed five workers were reported by the Platform. Since then, two more fatalities occurred.

On 18 September, Liton Paul, 26 years old, fell from the tanker Oro Singa during cutting operations at SN Corporation yard. On 29 September, a falling iron plate took the life of Taslim, 36 years old, on the tanker Medan at a yard owned by the Kabir Steel group.

The Aframax ship Oro Singa was sold by Indonesian company Selebes Sarana for more than $9m in Batam, Indonesia. Before reaching the shores of Sitakunda, the vessel was reflagged to Comoros and renamed Singapura. It was said to have around 400 tonnes of sludge on board that needed to be removed prior to recycling.

According to shipping databases, the cash buyer involved in the sale was GMS, one of the most well-known dealers of end-of-life ships. The company keeps dealing with “the worst shipbreaking destinations” on the planet, NGO Shipbreaking Platform said.

Twelve accidents, causing nine deaths and twelve injures, have been registered at SN Corporation since 2009.

In 2021 alone, two workers died and five suffered severe burns in the yard. GMS has also been linked by media and civil society to several toxic trade scandals, at least three of which are currently being criminally investigated by enforcement authorities in the UK and Iceland.