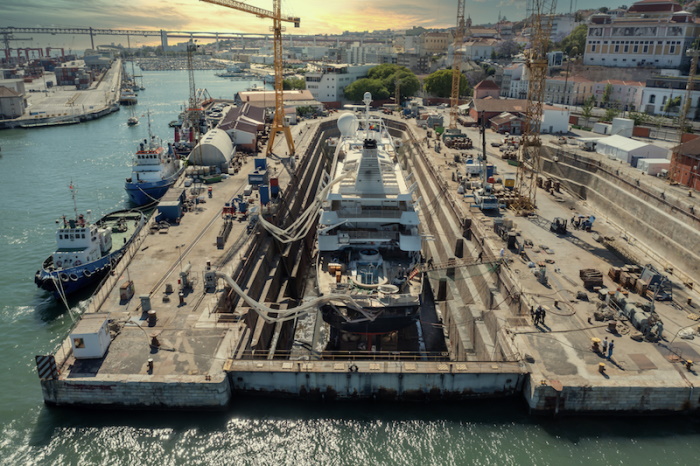 The newbuilding market has picked up the pace over the past week. In its latest weekly report, shipbroker Allied Shipbroking said that the “newbuilding market activity moved on a very positive tone during the last week, recording a strong performance in terms of the volumes of fresh orders coming to light. The ‘’Lion Share’’ was taken up equally between Gas carrier and the Containership sectors. The majority of Gas contracts were placed on behalf of the Qatar project. On the containership front, after a long period we saw an inspiring flow of fresh projects coming to light. There was an absence this week of new orders emerging for the tanker and dry bulk sectors, with the former going against the expectation that has been driven from the improved freight market conditions of late. In the case of the later, things are expected to remain muted for the time being especially when given the sharp correction noted in earnings over the past month or so. All-in-all, what we see is that despite the overall current market uncertainty accompanied by high inflations, considerable fluctuations related to the commodities prices and currencies , it appears that for the time being buying appetite is still holding buoyant, while owners have adopted a more ‘’wait and see’’ attitude regarding any newbuilding investments”.

Banchero Costa, added in a separate report this week that “Evalend Shipping placed an order for 3 + 2 VLGC carriers of 88,000 cbm to be built at Hyundai. The price reported to was around $96.6mln each and deliveries of the 3 firm units are in 2024 and 2025. The Finnish owner Langh Ship made an order for 3 x 1,200 teu feeders. The vessels are TIER III, dual fuel, scrubber fitted and with batteries for port operations. The vessels will be built by Paxocean Zhoushan and will be delivered during end of 2024 and beginning of 2025. U-Ming Transport confirmed an order for 2 x Ultramax in China. One vessel will be built at New Dayang and the other subcontracted to Sumec. Vessels will be delivered during 2025 and were priced $34mln each”.

Meanwhile, in the S&P market this past week, Allied commented that “on the dry bulk side, things moved on an extremely uninspiring tone during this past week, reflected in the low volume of transactions that appeared in the market. What contributed mostly to this sluggish pace has certainly been the dramatic drop in earnings noted over the past month which has left an overwhelming feeling that asset values are about to follow in the same direction. Although it is very difficult for the time being to see any quick recovery taking place, things are looking a bit more optimistic to some extent for the smaller size segments, given the softer drop and limited freight market volatility that this segment has experienced.

On the tanker side, the momentum still remains strong for yet another week given the increased vivid activity that took place during this period of time. Given the overall positive momentum that prevails in the freight market as of late and the fervent buying interest that has emerged, there is an anticipation of a good flow of transactions being developed during the upcoming weeks”.

Shipbroker Banchero Costa also noted that “few ships were inviting offers last week and several will also call for bids this week; interesting to follow the activity on the drybulk front. On the tanker the momentum keeps building with a large number of units out for sale and several private deals being concluded. A major deal on VLOC was negotiated with Berge Bulk purchasing enbloc from Cara Shipping the sisters STELLA DAPHNE (2017) and STELLA ISABEL (2015) about 250,000 dwt for enbloc price of $98mln, both ships are BWTS fitted. There were 2 interesting deals on modern, eco type Ultramax with Ultrabulk selling the ULTRA TRUST 61,000 dwt built 2015 Tadotsu (bwts fitted and scrubber fitted) to Eagle Bulk for a price around $28mln and with Nisshin Shipping selling 2 Ultramax eco type to Jinhui, namely HANTON TRADER I and WESTERN SANTONS 64,0000 dwt built 2014 Hantong (BWTS fitted) for a price of $25.375mln each. The Imabari 2006 built Supramax MEDI BANGKOK around 53,000 dwt (BWTS fitted) is reported sold for a price of region $17mln for delivery November.