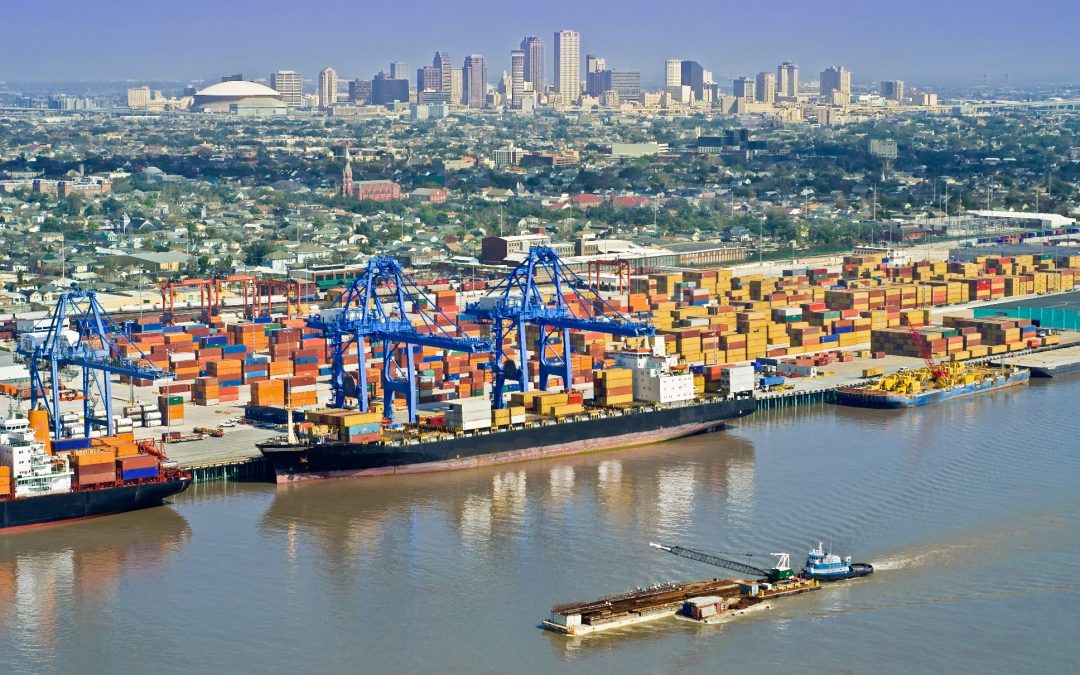 The 1,600-tonne cranes are fully electric, with zero diesel emissions, and can reach containerised cargo stacked 20 containers across a ship.

The new cranes are part of a  $112m investment, which included $49m for the construction and delivery of the cranes, and $63m to modernise the wharf and extend the crane rail infrastructure, began in 2019 when Port NOLA’s Board of Commissioners approved the project.

The four new gantry cranes are seen as essential to Port NOLA’s overall plan for the gateway, which includes optimising facilities in New Orleans and building the Louisiana International Terminal, a new container terminal, in St. Bernard Parish.

“This is an exciting example of Louisiana investing in port infrastructure to support the nation’s supply chain of the future,” said Louisiana Governor John Bel Edwards. “Containerized cargo has more than doubled over the last decade at the Port of New Orleans and this investment positions Louisiana to grow a major economic engine and job creator.”

The larger workhorse containerships currently serving the Gulf range from 8,000 to 9,500-teu-vessels. Once the new cranes are operational, nine ship-to-shore container cranes will serve the terminal.

Port NOLA features 12 weekly container services from three major global alliances, as well as independent carriers, with direct connections to 60 global ports and more than 450 others through connecting services.

The four new cranes, and the crane rail extension project, is the first of three project phases to expand the Napoleon Avenue Container Terminal. Phase 2, called the Priority Enhancements Project is a $10.23m investment scheduled for completion by the end of 2022. The third phase is the Terminal Complex Modernisation programme and invests another $21.5m into the terminal. The multi-year project investments total an estimated $143.73m.