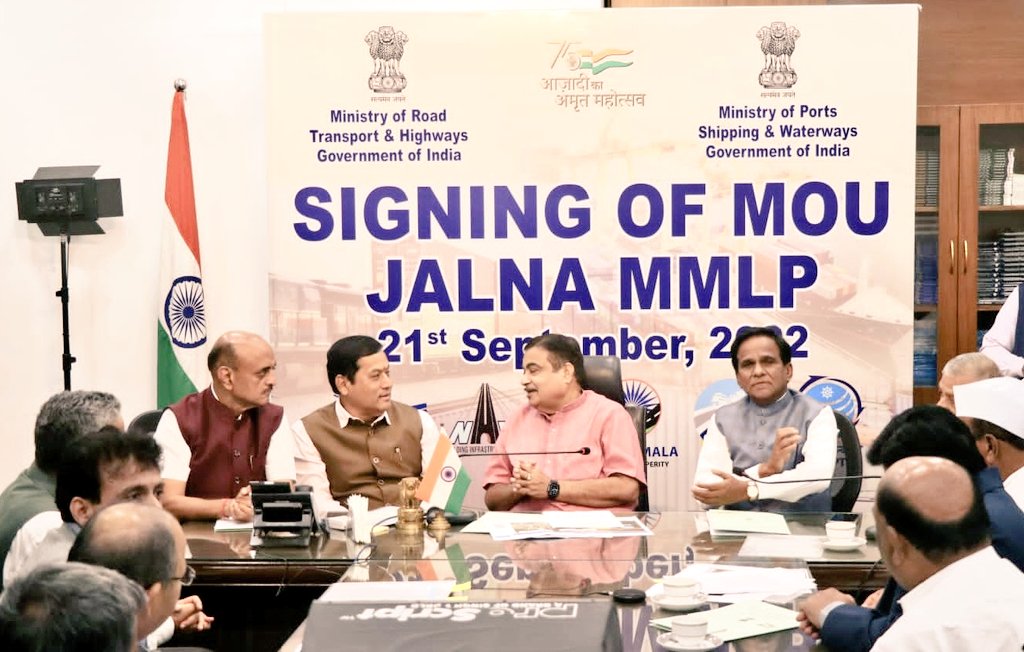 “Acting as a catalyst for development of Marathawada region, Jalna MMLP will serve as a functional dry port of the region and steel and allied industries depending on scrap, fruits and vegetables processing units, seed industries and cotton sector would hugely benefit from this development,” said Gadkari.

“The MMLP would connect Samruddhi Marg and Delhi-Mumbai Industrial Corridors. It will promote the export of agro products and also transform Jalna into Automobile Hub of Marathwada region,” he added.

The MMLP at Jalna is among the 35 MMLPs already planned and is a key part of the Narendra Modi government’s strategy to reduce logistics costs to less than 10 per cent of GDP (gross domestic product). Currently, logistics account for 14 per cent of GDP — making India far less competitive on the global stage.

The MMLPs shall function as cargo consolidation and distribution hubs with value added services for various businesses such as Grade-A warehousing and cold storage, packaging, customs and banking and railway terminal facilities

Over Rs 50,000 crore was allotted for setting up these MMLPs as part of the first phase of Bharatmala Pariyojana approved in 2017. NHLML, a 100 per cent subsidiary of NHAI, is the nodal agency for implementing the MMLP projects.

A similar arrangement exists for Wardha Dry Port. Last October, JNPT signed an MoU with NHLML to set up an MMLP at the Wardha Dry Port in Wardha district in Maharashtra.

The first phase of the Jalna Dry Port is coming up at an investment of Rs 327 crore and once the facility is completed, it will boost exim trade in the Marathwada region of Maharashtra.

The dry port near Jalna is expected to operate as one of the largest major container ports of India with an upcoming container handling capacity of almost 10 million twenty-foot equivalent (TEU).