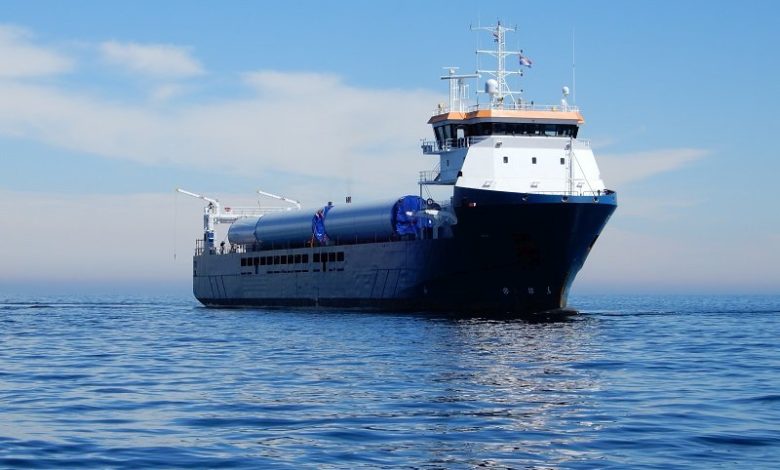 Green Shipping Line (GSL) is new entrant with longtime shipping roots will soon be bringing its expertise to the offshore wind arena.

Green Shipping Line (GSL) based just outside of the Port of New York New Jersey, has announced that has signed a Teaming Agreement with Netherlands-based designer DEKC Maritime to bring Jones Act compliant offshore wind vessel solutions into the US market.

In its announcement, GSL with Percy R. Pyne at the helm, explains that it, “Has amassed a team of leading European and American partners to assist the US in realizing its offshore wind goals”. The Jones Act designation allows components to be hauled directly from US ports out to construction sites, in contrast to the recent Dominion Energy project where parts were shipped  to a turbine site outside Norfolk, Va. on the lengthier voyage from Halifax , Canada on non- Jones Act vessels.

The trend of US partners bringing European expertise into the emerging offshore wind energy market is now well established. DEKC’s projects include “walk to work” and “jack up” vessels for the wind trades, along with general cargo and container ships for short sea and feeder trades.

The Jones Act vessel to be constructed, the 364-ft Eleanor, will be a multipurpose vessel that can also be configured to perform rock dumping, scour protection, and offshore accommodation; it will be fully Jones Act compliant  – US built, owned and crewed.

According to GSL, it will be built at the facilities  of Moran Iron Works in Michigan (. The operator will be Philadelphia area- based Keystone Shipping Company, a veteran of the US energy trades.  Ports along the US East Coast are rapidly gearing up for offshore wind.

GSL said that its newbuild will be able to: “operate out of all the regional ports along the United States’ East Coast due to its unique dimensions and draft.” Delivery is estimated to be as soon as mid-2023.

The announcement comes at a time that the Biden administration has just announced plans for another round of lease auctions in the area of the New York Bight, easily reachable from service vessels that might be based in New Jersey.

The Pyne family’s shipping background extends back to the 1620s, when an ancestor traveled aboard the Mayflower from England over to the colony at Massachusetts. In the mid-1800’s, a New York based shipping and trading firm formed by another relative was active in trans-Atlantic and Caribbean cargo trades, while another branch of the family was involved with clipper ships in the China trades and later California runs.