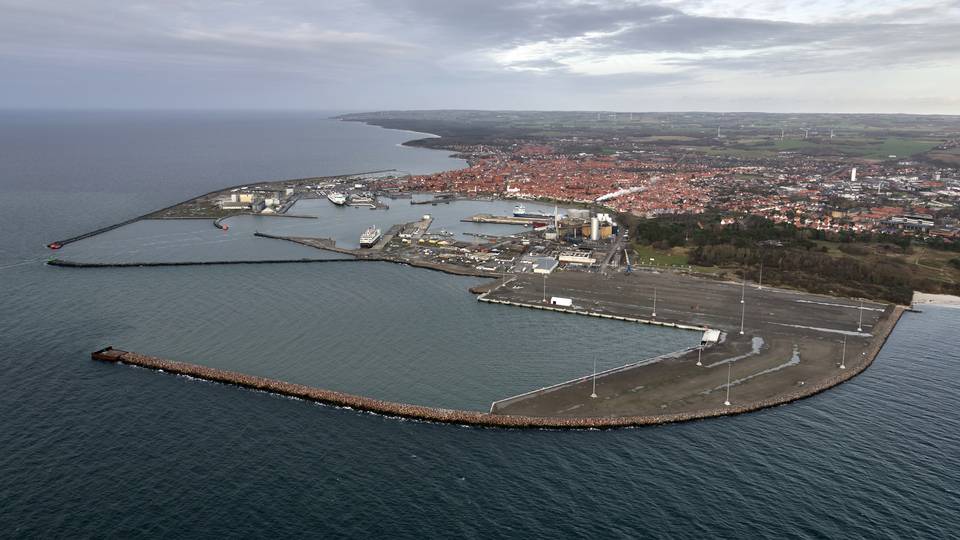 Bornholm Bunker Hub, a new international shipping consortium, has been launched to explore possibilities of establishing a bunkering station with green marine fuel on Bornholm.

The launch of the Bornholm Bunker Hub comes just a few weeks after the Danish government’s growth team on Bornholm recommended that a study of Bornholm as a green transport hub in the Baltic Sea should be carried out.

Furthermore, the consortium has published a feasibility study to set out the financial potential for supplying sustainable fuels in the Baltic Sea – produced using offshore wind energy.

The project is said to investigate how local Power-to-X can support the need for sustainable fuels for the more than 60,000 ships that pass Bornholm in the middle of the Baltic Sea every year.

As part of the project, investigations will also be carried out to provide information on whether it is appropriate to produce green ammonia locally on Bornholm, or whether this should be imported in the first phase.

“Ammonia produced from renewable energy is a very promising maritime fuel. Green ammonia can be produced from air, water and electricity from wind turbines or solar cells – and as a fuel, green ammonia can remove unwanted emissions from shipping, which today account for 2.5% of global greenhouse gases,” Jes Nikolaj Knudsen, Senior Product Line Director at Haldor Topsøe, noted.

Since Bornholm is centrally located in the Baltic region, its position could make the place “a unique energy centre that utilises the regional energy resources to reduce CO2 emissions in society, including shipping.”

Anders Nordstrøm, Vice President, Head of Hydrogen at Ørsted, commented: “We see great potential in utilising Bornholm as an energy island to meet the Danish government’s ambitious goal of reducing CO2-emissions. Denmark has a unique opportunity to create an industrial position of strength within the production of sustainable fuels for heavy transport and to create jobs in the process.”

Gijsbert de Jong, Marine Chief Executive Nordics at Bureau Veritas Marine & Offshore stressed out that the maritime energy transition is not just shaped by developing new propulsion technologies but also it is crucial to investigate the availability of green fuels for shipping.

“At Bureau Veritas, we will support this exciting project by providing technical and regulatory expertise for the safe storage and handling of alternative green fuels, and by addressing the certification of these fuels to their origins,” he added.

Several Danish companies have joined the consortium to exploit the green potential of the region and further improve Denmark’s decarbonisation goals.

This change in the energy source is expected to contribute directly to Denmark’s ambitious goal of reducing CO2 emissions by 70% by 2030.

Earlier this month, the government of Denmark has joined a new Zero-Emission Shipping Mission as part of Mission Innovation, along with Norway, the United States, Global Maritime Forum and the Mærsk Mc-Kinney Møller Center for Zero Carbon Shipping.

The mission will also be supported by the governments of India, Morocco, the U.K., Singapore, France, Ghana, and South Korea.