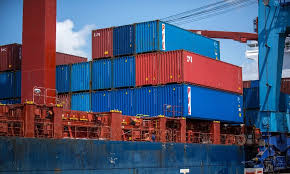 The Shipping Ministry’s plan to drive demand for ships built in India by linking a government-mandated cargo support policy for domestic fleet owners to Indian built vessels may not work out yet.

Indian built, Indian flagged and Indian owned ships will get top priority when State-owned firms and government departments float tenders to hire ships for hauling cargo or for dredging and offshore oil exploration support services, according to the new rules on so-called right of first refusal (RoFR) announced.

Foreign built, Indian flagged and Indian owned ships will get second preference while Indian built, foreign flagged and foreign owned vessels will be third in order of priority.

All existing Indian flag vessels (regardless of whether they are built overseas) up to the date of issue of the new circular on RoFR by the Director General of Shipping will be treated as Indian built, flagged and owned vessels and accorded first priority under the new RoFR norms. This is the key part of the new rules.

Gainers
Local fleet owners such as Shipping Corporation of India Ltd and Great Eastern Shipping Co Ltd, among others, will benefit from this “grandfathering” clause in the new RoFR rules.

Till now, local fleet owners got a right to match the lowest rate offered by a foreign flag ship in tenders issued by State-run firms for hiring ships under the chartering guidelines framed by the DG Shipping. If Indian shipping companies declined, then only the foreign flag ship, that had quoted the lowest rate, is allowed to carry the cargo or provide services.

“The re-designed RoFR incorporating the grandfathering clause is good for us,” said an executive with a Mumbai-based shipping company. “Otherwise, all the ships (foreign built) we own today, bought with hundreds of millions of dollars over the past few years in keeping with the government’s focus on Indian-flagged vessels, would not have qualified for the top priority, causing immense loss,” he added.

Foreign-built ships purchased by local fleet owners after the new RoFR rules are notified by the DG Shipping will get preference under the second category (foreign built, Indian flagged and Indian owned).

Cargo support policy
Will that compel local fleet owners to start building ships in India to get first priority and avail the benefit of the cargo support policy? This will purely be a commercial call of the ship owners, depending on their penchant for ordering brand new ships or buying used ships from the second-hand market.

Most Indian ship owners, with the exception of Shipping Corporation, buy second-hand ships to suit market needs. Given that Indian shipyards have not built crude oil, petroleum products, gas carriers and bulk carriers in the recent past, the second-hand ships available in the market would invariably be foreign built and, hence, categorised under the second priority group (foreign built, India flagged and owned).

Feasible prices
However, in the absence of Indian built ships applying on the tender for the same reason, the foreign built, Indian flagged and owned ships will, by default, be preferred for the contract, making it an attractive option for Indian ship owners to pursue.

The new RoFR norms will probably start yielding results in the longer-term when the existing foreign built, Indian flagged and owned ships that are protected by the “grandfathering” provisions are sold or scrapped at the end of their economic life and replaced with Indian built ships.

This possibility will depend on the continuation of the government policy not only on RoFR but also on the shipbuilding financial assistance scheme that will end in 2026.

Another possibility is that a new government at the Centre may decide to reverse the RoFR rules and discontinue the shipbuilding subsidy scheme after the ten-year run, which will take away whatever little price advantage it gave to local yards to compete with global rivals.