New Bill Would Empower EPA To Regulate CO2, But Only From Ships 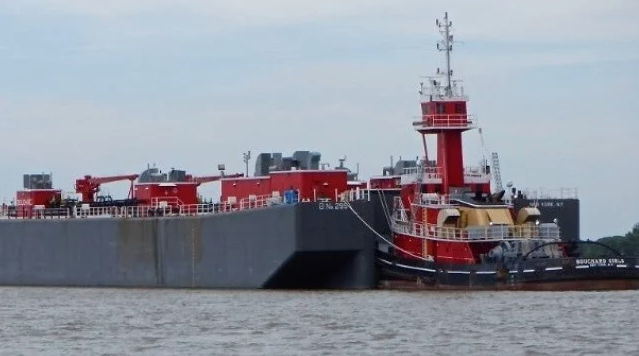 The U.S. Supreme Court may have undercut the federal government’s ability to regulate carbon dioxide emissions, but a new bill from Reps. Alan Lowenthal and Nanette Barragán (D-CA) would restore its authority – for one industry.

The proposed Clean Shipping Act of 2022 is the first purpose-built legislation to target shipping’s greenhouse gas emissions in the United States, and it is modeled on the European Union’s Fit for 55 regulatory framework for shipping. If enacted as written, it would be among the few clear authorities the EPA could draw upon to regulate carbon emissions from any industry.

“We no longer have the luxury of waiting to act,” Congressman Lowenthal said in a statement. “We must face the fact that we are at a tipping point in the climate crisis; we must move beyond fossil fuels, and that includes air, land and sea transportation sources.”

The low-carbon fuel requirement would only apply to ships that spend 30 days a year or more on voyages to and from U.S. ports. This would cover the domestic Jones Act fleet, most of the U.S.-flag fleet and foreign-flag ships on liner routes. However, foreign-flag owners could avoid change by limiting a hull’s exposure to 29 days or less per year; a valid cargo operations port call in Canada, Mexico, the Bahamas or another nearby locality could keep the length of each “covered voyage” as short as possible. While this would not align with the spirit of the regulation, comparable itineraries have long been used in both the cargo and passenger-vessel sectors for low-cost cabotage compliance, among other purposes.

Vessels under 400 GT, like most tugs, towboats, and ATB pusher tugs, would not be regulated. This would allow towing operators to continue using fossil fuels, even for tows with five times the deadweight capacity of a coastal freighter.

As they are not covered by the regulation, trucking operators, rail lines and air cargo companies – which compete with shipping and emit more per ton-mile – could continue to operate using fossil fuel.

The bill’s language would also add a new layer to U.S. maritime regulation by focusing on voyages to and from “U.S. ports of call,” rather than “points in the United States” (Jones Act) or “navigable waters of the United States” (federal jurisdiction). Whether rigs, offshore wind towers, anchorages or single-point moorings – all U.S. points, all frequented by large commercial vessels – would qualify as “ports” for the purpose of carbon-intensity regulation might be up for debate.